Plot
Years later, after the maelstrom army in the Lego universe was defeated, a new ninja arose, and was known as The Maelstrom ninja. His name may give him a bad reputation  but he saved Lego City from a huge disaster...

Once, two ninjas of imagination fire went crazy because they had no enemies to fight.

Jimmy replied,"Are there any imagination orbs there? What about we mine some in Lego universe's orb mines before we invade?"

Jamie told him,"I suppose we can but we have to pack up some mining supplies."

They made all the blades as they thought it would be useful for rebuilding stuff they destroyed in Lego City. Then, they set off to Lego City to destroy everything in there. However, what they didn't know was that there was something which can destroy imagination- Maelstrom. Their first target was the S.W.A.T police officer patrolling around the city.


Soon, the maelstrom ninja found out that the imagination ninja of fire were attacking Lego City. He went to Lego Universe, hoping to find a person willing to train and defeat those imagination ninja. Nobody accepted his request except for one, which was a miner who was working at Mining station 23.

Then, the Maelstrom ninja took his apprentice to his small base built near to Lego City, just to be able to observe things happening in Lego City.

"My apprentice, please get your ninja hood from your weapons supplier," The maelstrom ninja demanded.

"Yes sensei," The miner replied. He went to his weapons supplier and bought a ninja hood with a imagination orb/crystal (Opposite of Maelstrom crystal). Then, he put it on his head, ready to learn Maelstrom spinjitzu.

The Maelstrom ninja handed him a spear of maelstrom to help him do that spinjitzu. After he had done that, the red ninja was sent to take out all the imagination blades from the two imagination fire ninja.

When the ninja was at the scene, he was too late. The S.W.A.T police officer was turned into an evil robot police and the only way to turn him back was to retrieve the blades. 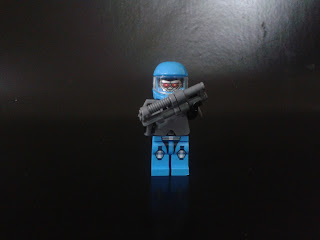 Using maelstrom spinjitzu, he was able to swiftly defeat Jamie and Jimmy and retrieved the blades. 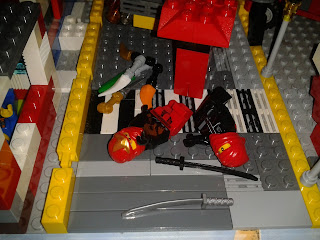 After that, he took the blades to his sensei to analyse it. He found out that their weakness were ice and water and they were not able to create anything without the imagination blades. The maelstrom ninja took advantage of this by keeping the blades for himself so that the  imagination ninjas couldn't do much harm to the Lego City anymore.

Then, he wore his new ninja suit. 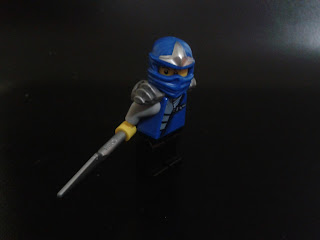 With the new suit, all he needed to do was shout 'Ninjago!' to activate his maelstrom water spinjitzu. Then, he was sent to do a mission again to smash up those imagination ninja and rebuild some of their equipment.

The ninja apprentice had a huge fight with them. Now, he found out that they knew spinjitzu. 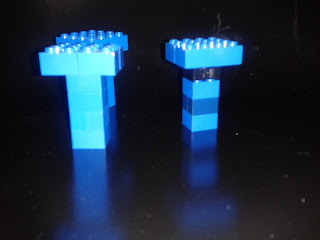 Fortunately, he had maelstrom ninja's pet snake to defeat them. However, the pet snake was killed and he was greatly outnumbered. As the Maelstrom ninja saw that, he was angry and wanted revenge because they killed his pet. Then, he jumped down from the bridge and defeated them.


"What do you have to say for yourselves, imagination ninja?" The maelstrom ninja asked.

Jimmy replied,"We're just having some fun here! Why did you prevent us from doing so?"

The maelstrom ninja said,"You have clearly ruined your clan's status. Aren't you shame of yourselves?"

Then, they kept silent, not knowing what to say.

"If you can't say a word, get back to the world of Lego Universe and leave them alone!"

The imagination fire ninjas immediately fled and ran as fast as they could. Suddenly, a crowd of people started clapping and chanting,"Maelstrom ninja is our hero!" Ever since then, the maelstrom ninja had a good reputation and was always asked to do heroic tasks.

After many years of the good reputation of the Maelstrom ninja, he received a letter from a ninja clan.

Dear Maelstrom ninja,
I see that you have gained a good reputation and many members for your clan. I'm the leader of the ice ninjas and we would like to learn some maelstrom powers to create maelstrom ice spinjitzu. Will you train us?

The Maelstrom ninja found this a good opportunity to expend their forces. So, he wrote back as a reply to the letter.

I'm more than glad to train you but are you willing to accept an alliance with my clan?

In a few weeks, the ice ninja leader replied with another note:

I don't feel like allying with anybody now. However, just teach us the element of maelstrom, please?

Then, the maelstrom ninja started getting suspicious and decided to have a face to face meeting. He wrote another letter to him.

Shall we have a face to face meeting instead at Nexus tower's departing tower at 4 p.m.?

He received no reply from the ice ninja. So, he just went there and took some of his maelstrom ninja guards along with him  in case he get ambushed. However, he was ambushed by a skilled ice ninja.

When the ninja warrior commander did spinjitzu, he realized that they were tricking them that they did not know the element of maelstrom


"You'll pay for tricking us!" The maelstrom ninja said angrily.

"Why... When you have better things to worry..." The maelstrom ice ninja replied. Then, he used spinjitzu and knocked out his warriors.

"How dare you..." Before the maelstrom ninja could finish his sentence, he was knocked out.

"Wow, what a foolish ninja, wasn't he? I could get bucks from capturing this guy for the villains." The maelstrom ice ninja leader told his ninja warrior commander.

However, it was too noisy for anybody to hear his mumbling because the Maelstrom ice ninja clan was talking to the person who hired their services to capture the maelstrom ninja. The room was so dark that he could not see a thing although his eyes were not covered by a piece of cloth. As a result, he had to use his hearing senses instead.

"We have captured the person you wanted- the maelstrom ninja. Where's our money?" The maelstrom ice ninja leader said.

"Good. Here's $12 000 000 for completing this mission." A ninja in orange suit replied. The maelstrom ninja then tried to escape without them seeing him. However, many of the maelstrom ice ninja clan's ninjas came down and pointed a sword at him...

The maelstrom ninja was terribly outnumbered. Then, he used spinjitzu to knock them out. When he tried to get out from a part of Crux Prime,  he was caught by the maelstrom ice ninja leader while trying to return to the maelstrom quarry (where his HQ is located).

After 3 years, he came out and he saw everything he assembled was lost. His members, his clan name, his treasures and all the things he built. After being released from jail, he was banished from Lego Universe and was sent to Ninjago's Island of Darkness but what they had forgotten was that a ninja of the maelstrom Ice ninja leader's clan was there...

To be continued in the next story, Revenge for Clan!

Elements of Imagination blades: Enables rookie users to create and master imagination spinjitzu with the power of the blades. However, it must be put into a weapon and it easily gets thrown out of a weapon if the user's weapon get hit too hard. Can also mix with certain elements to create elements like water, air, steam etc.

Ninja hood: A basic hood. Necessary for a ninja apprentice to wear it and do spinjitzu.

Spear of maelstrom: Enables user to unlock the powerful maelstrom spinjitzu which is extremely effective for fighting against imagination spinjitzu.

Pets:
Maelstrom snake: A fierce snake with maelstrom powers. Also loves to dig up maelstrom in the maelstrom quarry at Crux prime. 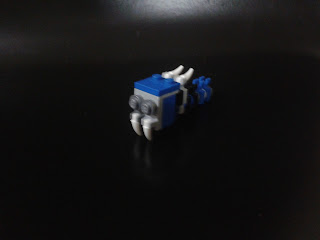 Imagination fire ninja clan: A very small group and has an unknown history. However, the only thing that was known about this group was that they went to battle the stromlings and most of the them were killed. The ninjas who are still here with this element are Jamie and Jimmy. Their HQ is located at Ninjago City, near Sensei Dareth's dojo. They traveled to Lego universe to aid the imagination ninja, Neido.

Maelstrom ninja clan: A very large group of ninjas who uses maelstrom to fight for justice, peace and harmony. However, many mistaken this clan as bad guys.

Maelstrom Ice ninja clan: The maelstrom ice ninjas are bounty hunters and they work for the highest bidder. This ninja clan is more cold-blooded than the Maelstrom ninja clan, but people always think as the opposite. Because of that, whenever somebody is killed or something bad happens, the maelstrom ninja always gets faulted instead.

Nexus tower: A place in the Lego universe game.
Mining station 23: A place where a lot of imagination crystals/ores are found.100+ miners work in this huge cave.

Written by Lynn
Posted by Anne Lim at 8:12 PM