Buying a soy milk maker wasn't on the top of my list.  I have seen soy milk maker many times at various expo sale but never really stopped to look at the demo.
Then in December 2012, I happened to go to the Metro Expo sale and this time we stopped to look at a soy milk maker and realised that it could do more than just making soy milk.  However, we were not ready to spend so much on it, so we did not ask a lot of questions.
What I liked about it was that it could also grind and cook other beans, which meant that we could drink red bean beverage or green bean beverage which were finely blended, just like soy milk.  In this way, we can get the nutrients and fibre from beans.
So I began to find out more from the internet and realised that it has several functions.  Previously, when we wanted to make soy milk, we had to soak the soy beans for 4 to 6 hours. Now, with the soy milk maker, we can make soy milk from unsoaked beans.  This is good for that sudden craving to drink warm soy milk that is not readily available at night.  I also found out that it can blend fruit and cook congee, among other functions.
After considering for a few days, we went back to Metro Expo sale and bought the Joyoung Soy Milk Maker.  We bought this model since it was the newest model available and the sales lady told us it could grind the beans finer.  A recipe book and a recipe leaflet were also given to us with the purchase. Apparently, this machine could also make jam and there was even a recipe for kaya (coconut jam). 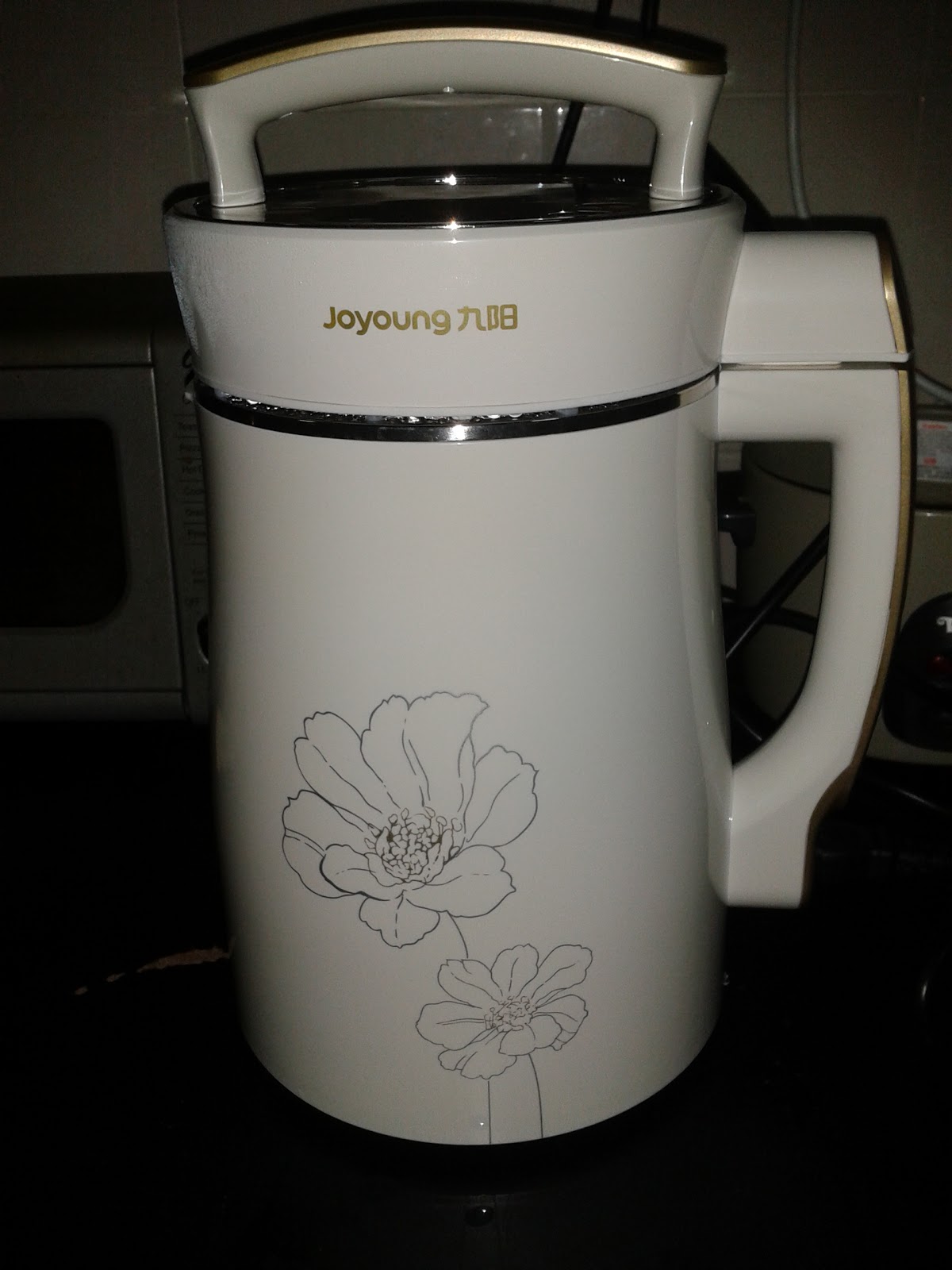 We tested it out that night with unsoaked soy beans.  It took about 25 mins to grind and cook the soybeans.  The best part was that we just needed to press a button and let the machine run its course.  After the soy milk was done, we used the sieve provided to filter it and, voila, freshly brewed soy milk!


A few days later, we made barley beverage with the machine. We put only 3/10 cup (using the measuring cup given) of washed barley into the machine and filled it up with water to the 1300 ml mark. Then we selected the appropriate function, pressed a button and waited for the machine to do its magic.

This was how it looked after the barley beverage was done. 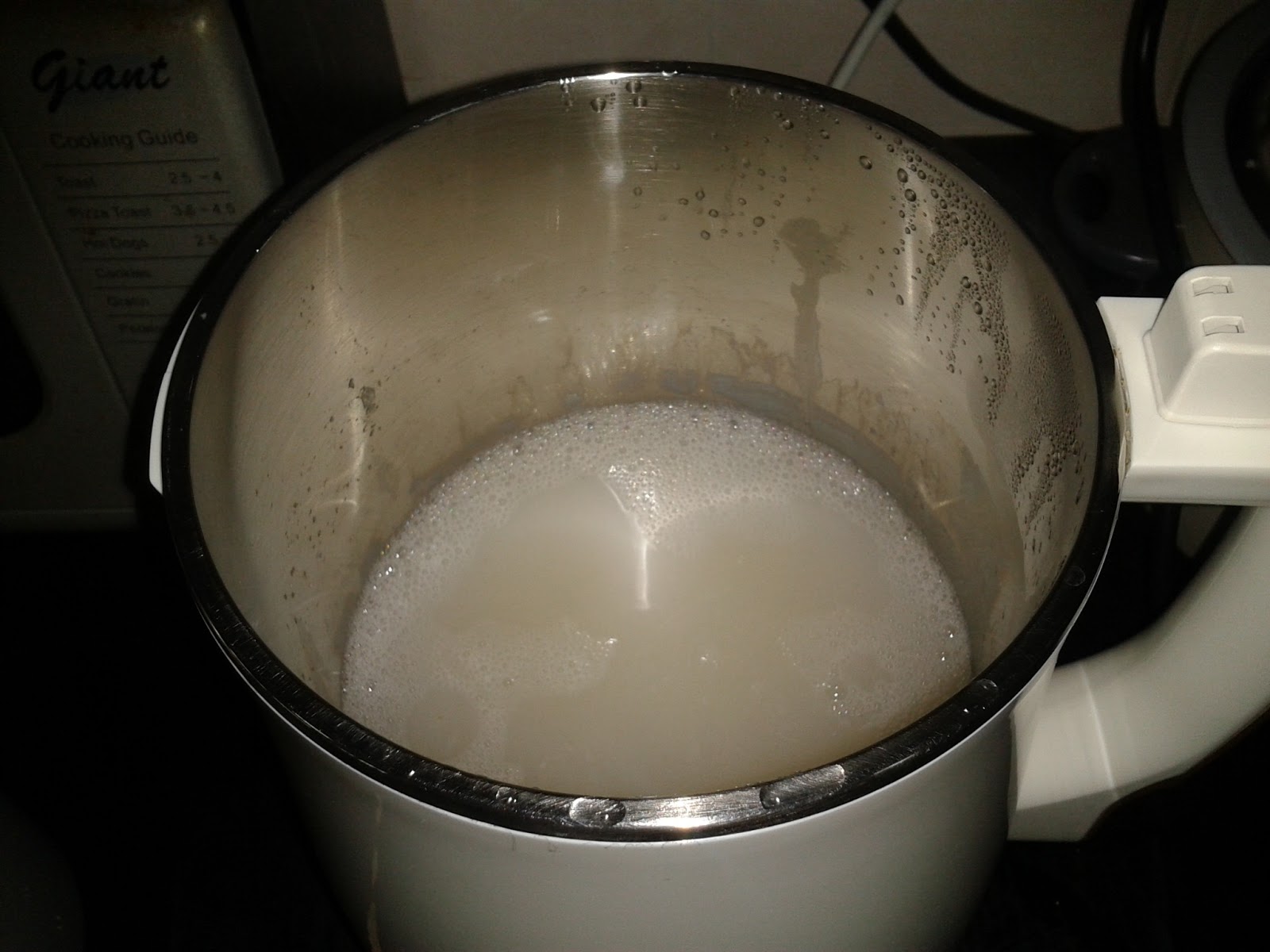 
Written by Anne
Photos by Anne