Here's my Lego hero factory MOC, Jonathan Arrowgun! Here's a picture of it. 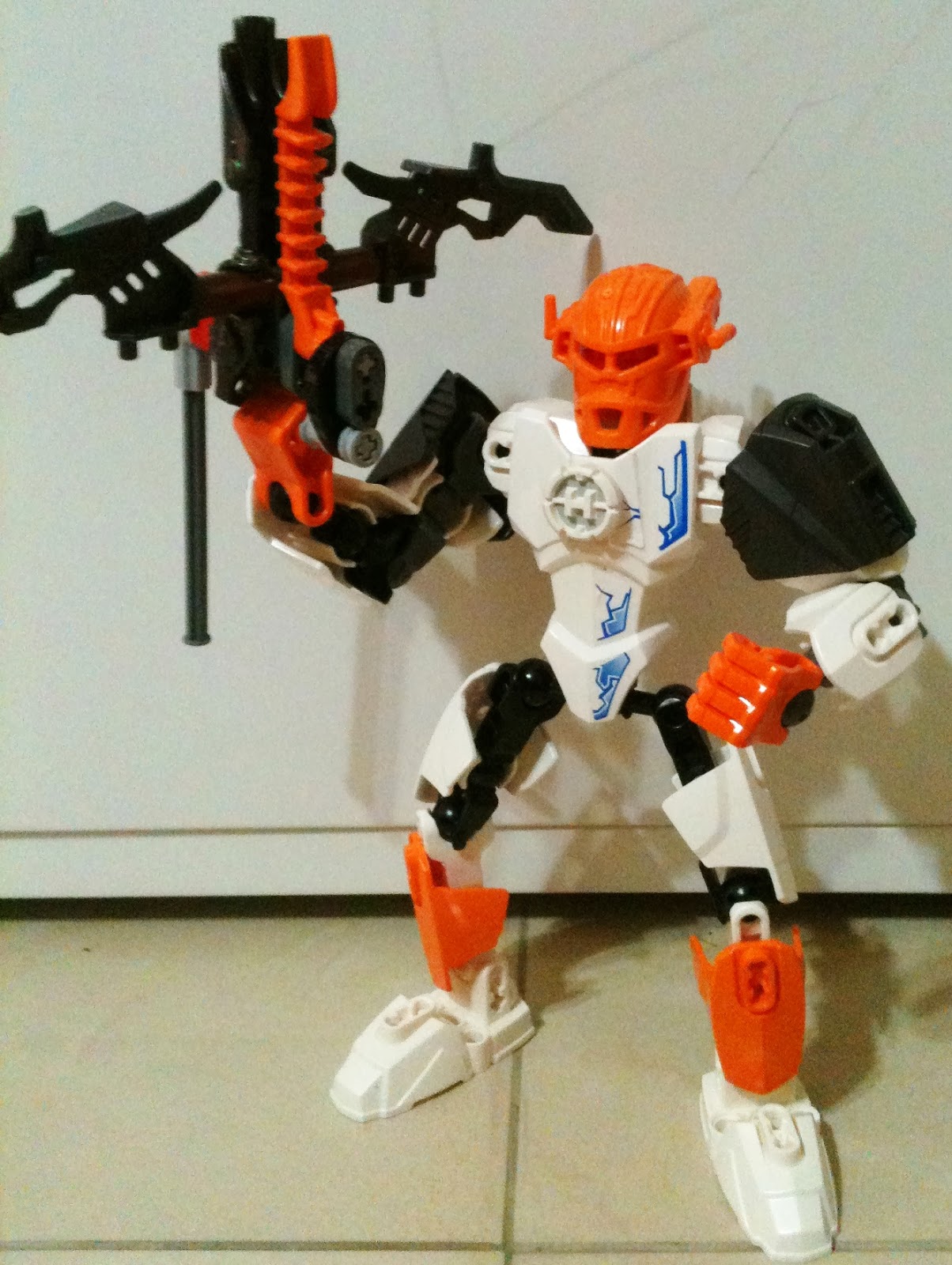 Name: Jonathan Arrowgun
Form: Breakout
Weapon: A gun in a shape of a crossbow
Colours: Orange, white and dark pearl grey/gunmetal grey
Personality: A team leader, Johnathan is a very open minded person, and he likes to make jokes. Though, he doesn't like failing, especially when he fails to save a citizen.
Status: Alive, active.
Team: Zeta team(I'm quite surprised how no one has actually used the Greek letter named "Zeta". The common Greek letters used for most fan made Hero Factory MOC teams are "Omega", "Gamma", "Epsilon", "Delta", "Sigma" and "Beta", from what I've seen.)
Background: Johnathan Arrowgun was a hero "born with the upgrade" since he was made after the 2.0 system was established.
When 2.0, he was a great rookie but the team leader seems to also have an immediate dislike of him. Rick Stealth Shadow, whom is a Hero Recon Team agent and the team trainer, was very satisfied with him and even gave access to some of his special attacks. Later, due to a brave act of his, he was invited to join the Hero Recon Team and he accepted.
Since then, he became doing double duty, by accepting missions both from Hero Recon Team and Hero Factory.
After he was fully trained, the former leader happened to get killed on his solo mission, so Johnathan Arrowgun was established to become Zeta team's new team leader. Later, upon the breakout crisis, he was upgraded to breakout form to capture Corroder, by giving him acid proof armour, he was good to go.
In a couple of minutes, he was able to nail down Corroder and got him cuffed for good, but upon returning to Hero Factory, the fail safe shield was put up by Black Phantom and he saw the Alpha Team there. Knowing that Rocka stayed inside the building, he contacted Rocka and told him to get to the control centre to turn off the fail safe shield. Upon receiving the news that the Hero Factory was under lock down mode, he told Rocka to get into Mr Makuro's office to put down the fail safe shield as a last resort, though he knew very well that no one should anyhow sneak into his office. When Rocka had put it down, Arrowgun waited for Black Phantom who was inside to be gotten rid off. Receiving the news that Black Phantom was defeated by Rocka, Arrowgun took his prisoner into the Hero Factory building and put him back behind bars. He also participated in the brain attack event along with his team members and being a Hero Recon Team member, Johnathan had found out the brain creatures' weaknesses way before Bulk did and his team gotten the wave of brain creatures off the animals' heads. Then they put the brain creatures into prison.
Johnathan did not go for the Invasion from below mission in Antropolis City, since he decided to take a break and train his members more.
That's it for now and I hoped you like this MOC!