Yes I know it is 1 day late for Children's day special, but who said I must not do it late? Basically, what I have for children's day special is pictures depicting HF's run simply because HF took place in my childhood more than other Lego themes that I do like. Enjoy!
Note 1: Please do not think that I am trying to insult Hero Factory, I actually like it, but this is simply for humour and fun purposes only
Note 2: Those characters which I've only identified with colours means I can't and am too lazy to think up of a name for. 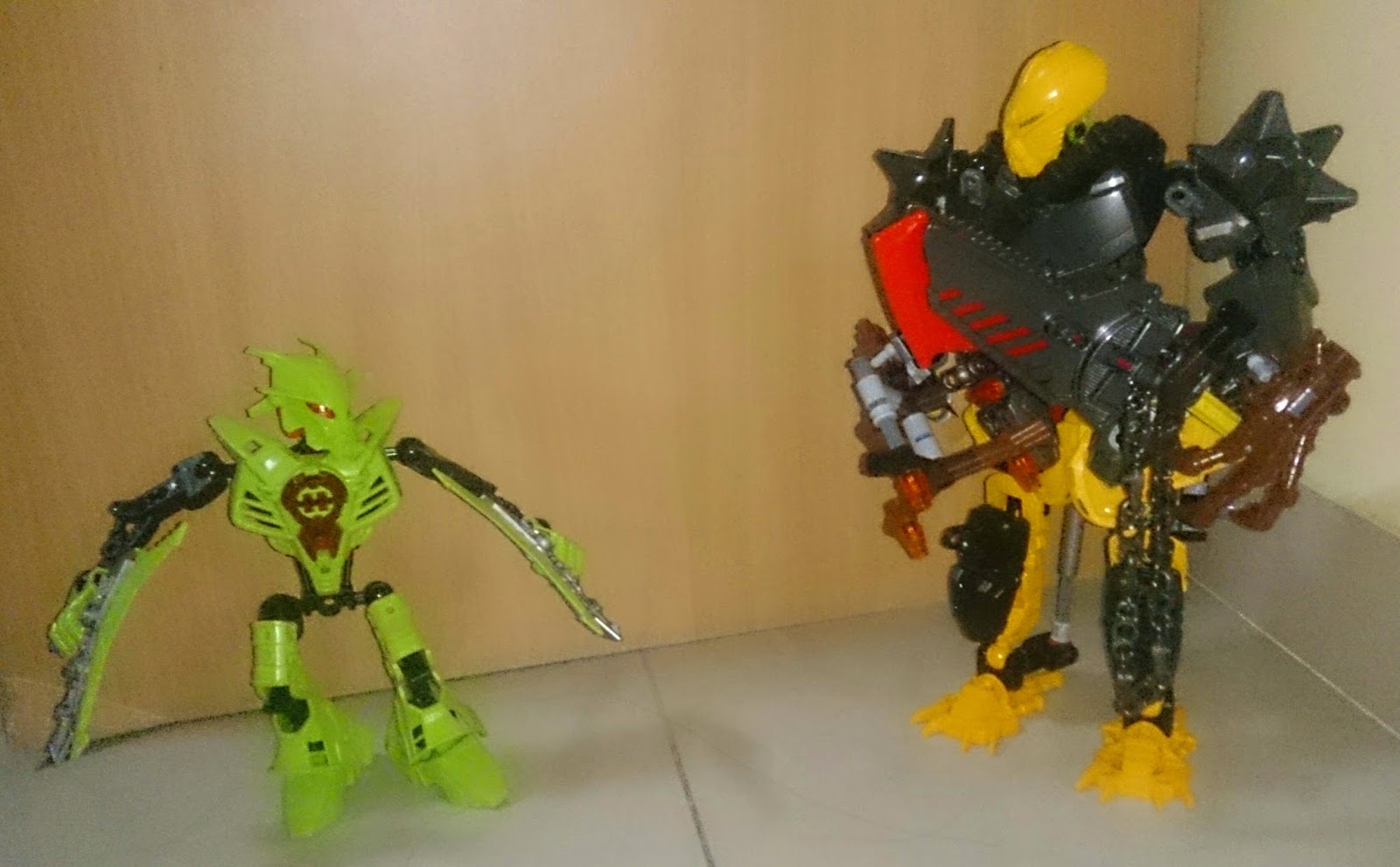 Warstone: What in the world are you, you shortie guy with a H on your chest?!
Breez: I'm Breez, and I will capture you because Hero Factory will replace Bionicle!
Warstone: WHAT?! 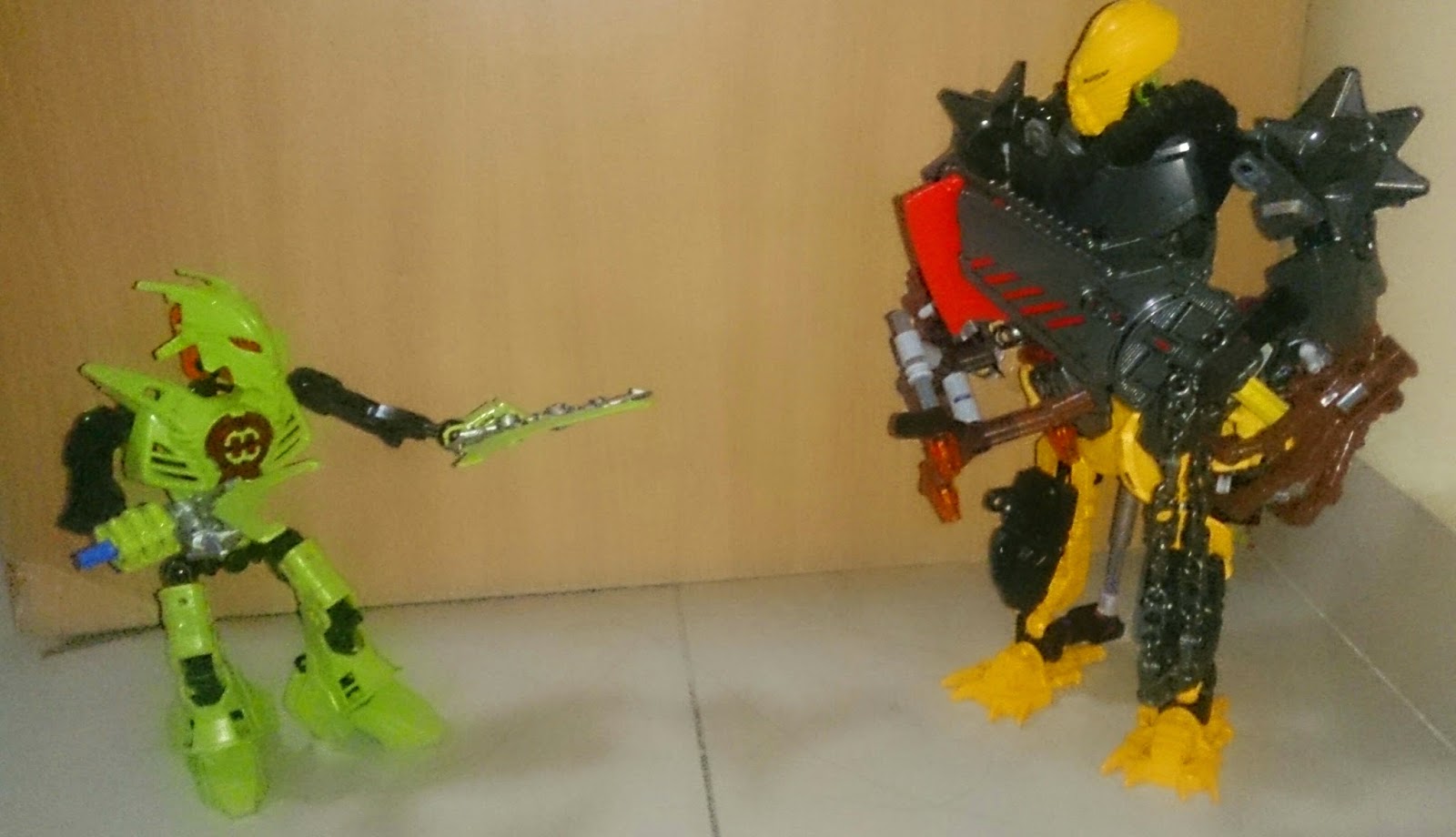 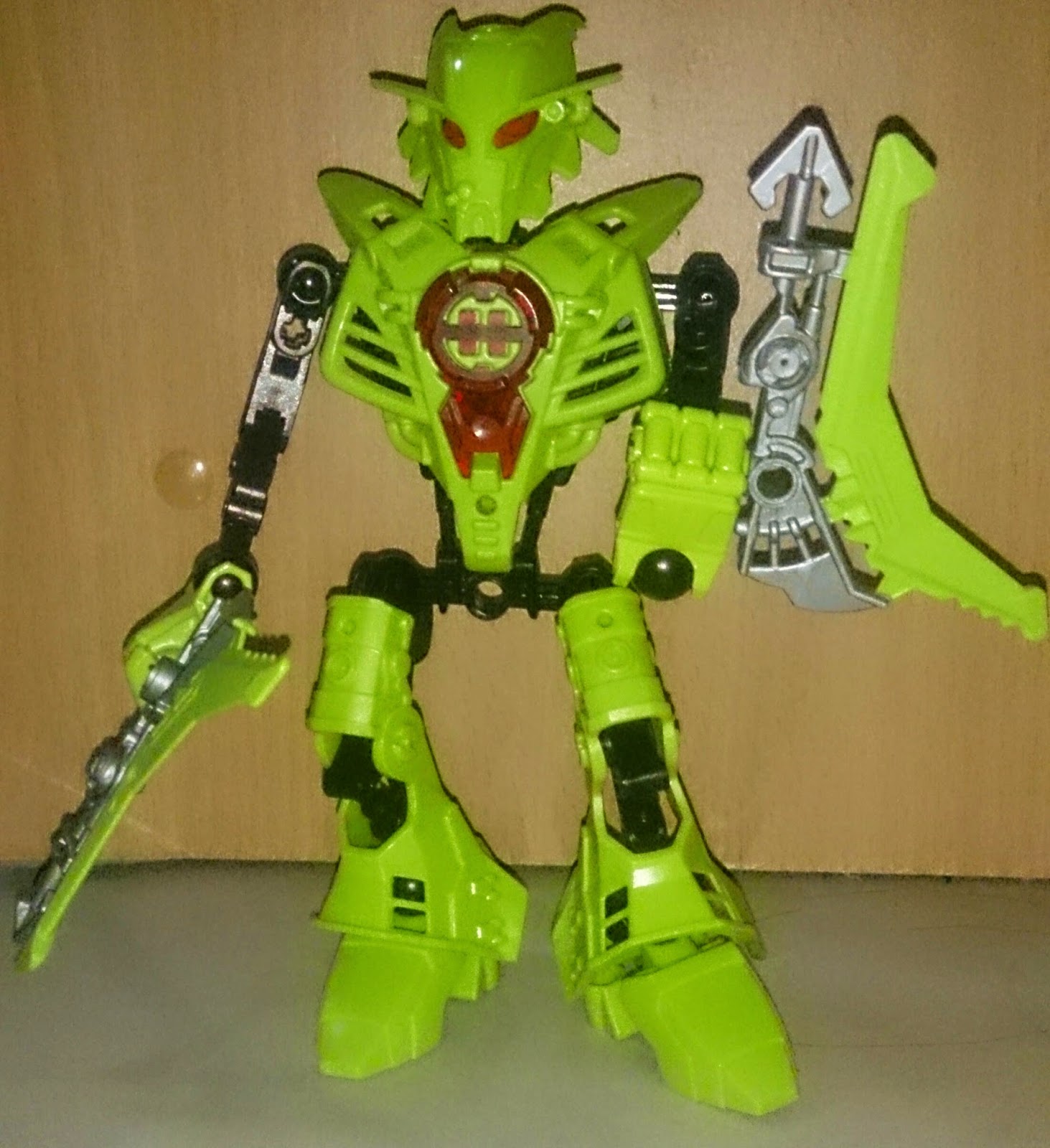 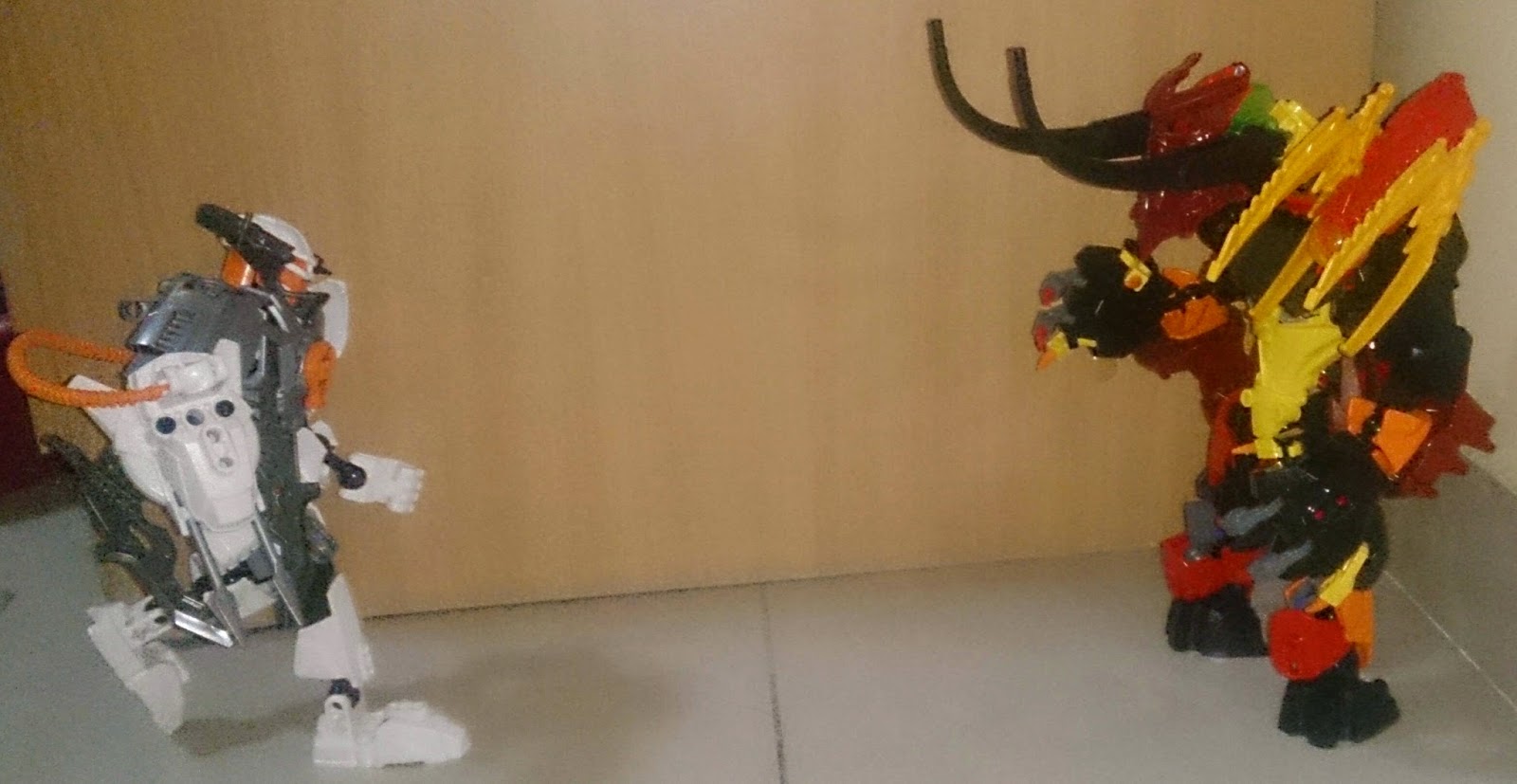 White hero: Hold it right there you fire villain!
Fire villain: You think you can beat me? Not a chance! 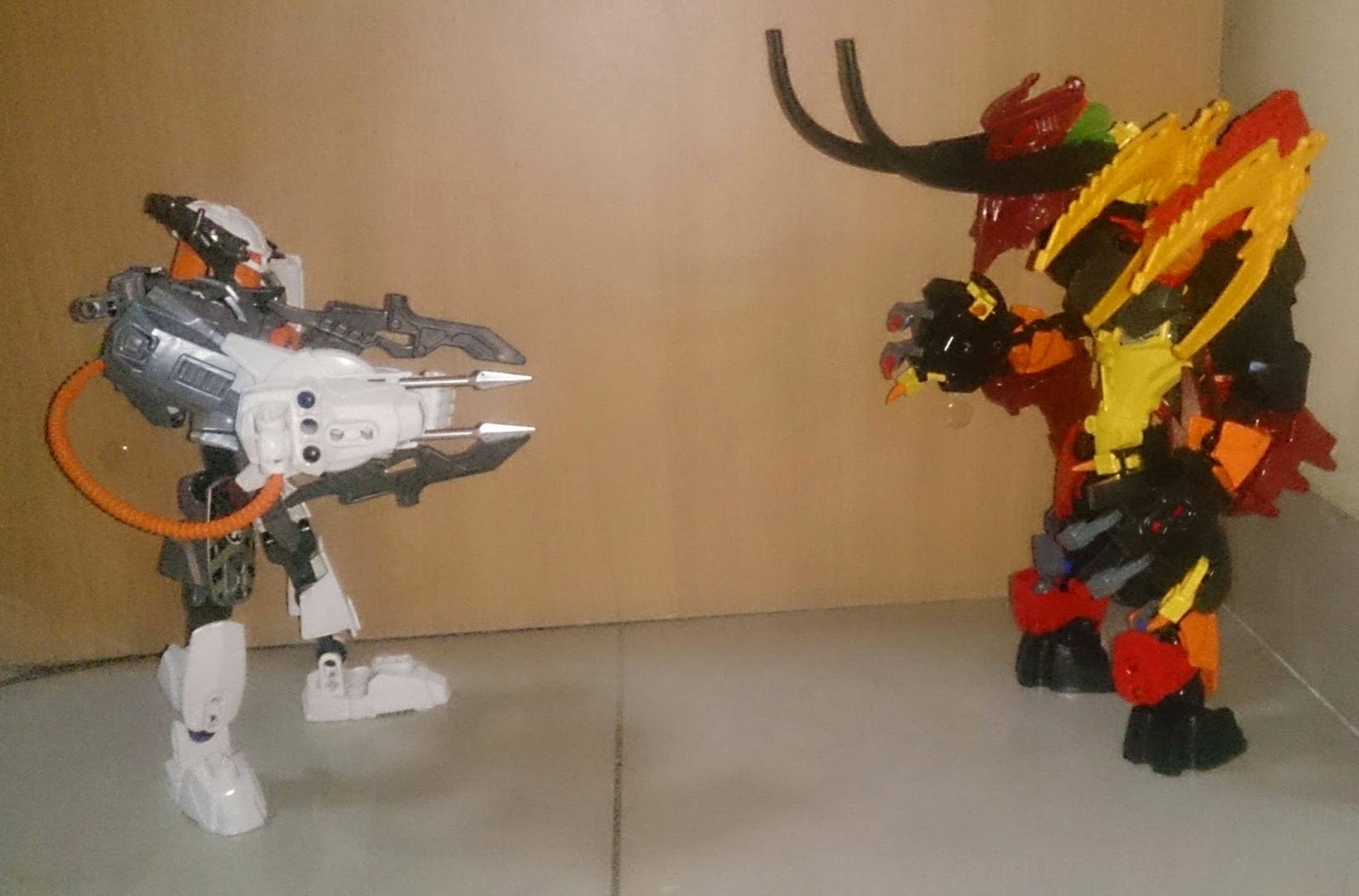 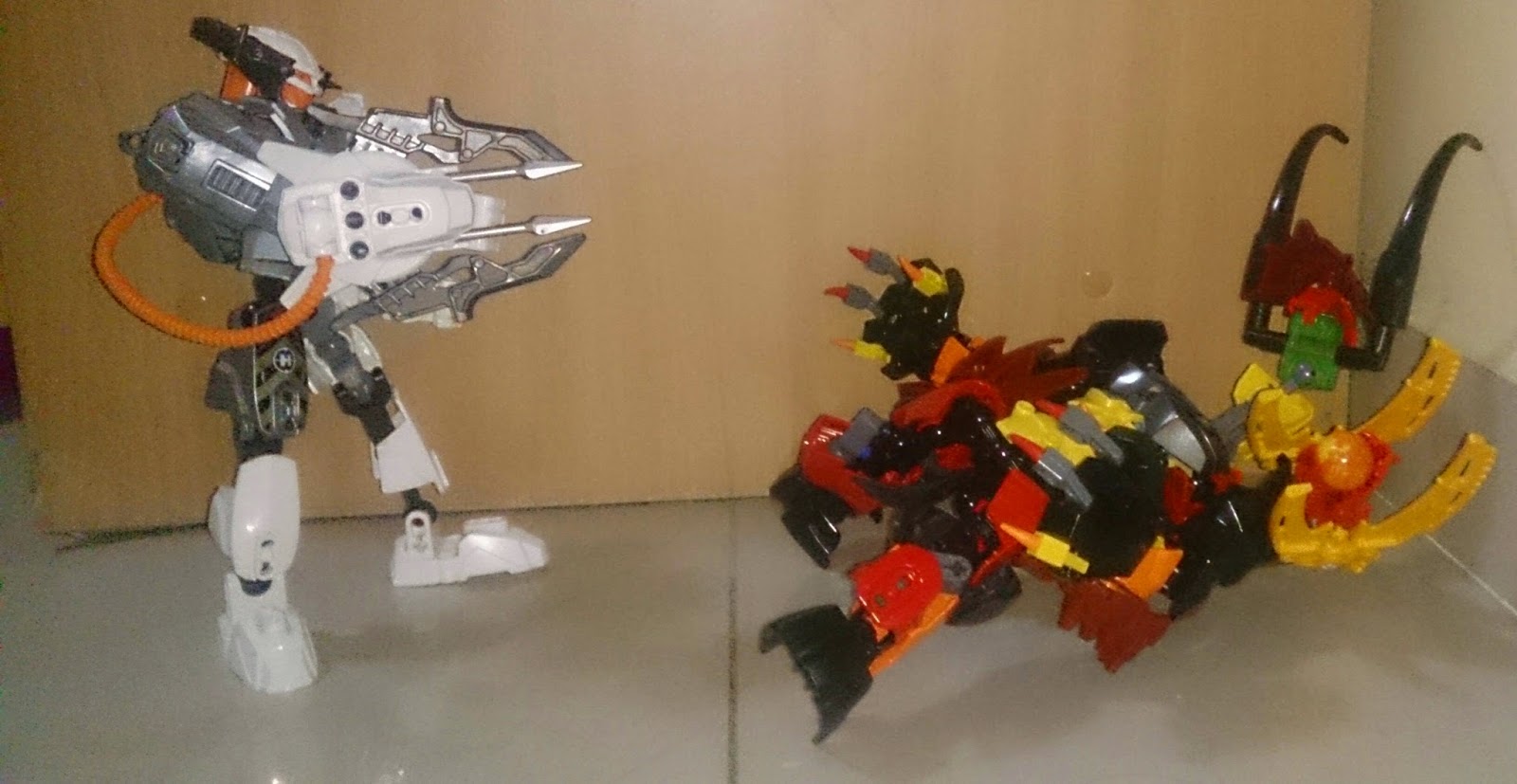 Fire villain: *Gets shot down* Silver male hero: Oh my goodness why am I upgraded with 3.0 stuff when I ain't even going anyway?(Hints to me only getting one set from this particular wave, which is Bulk 3.0) 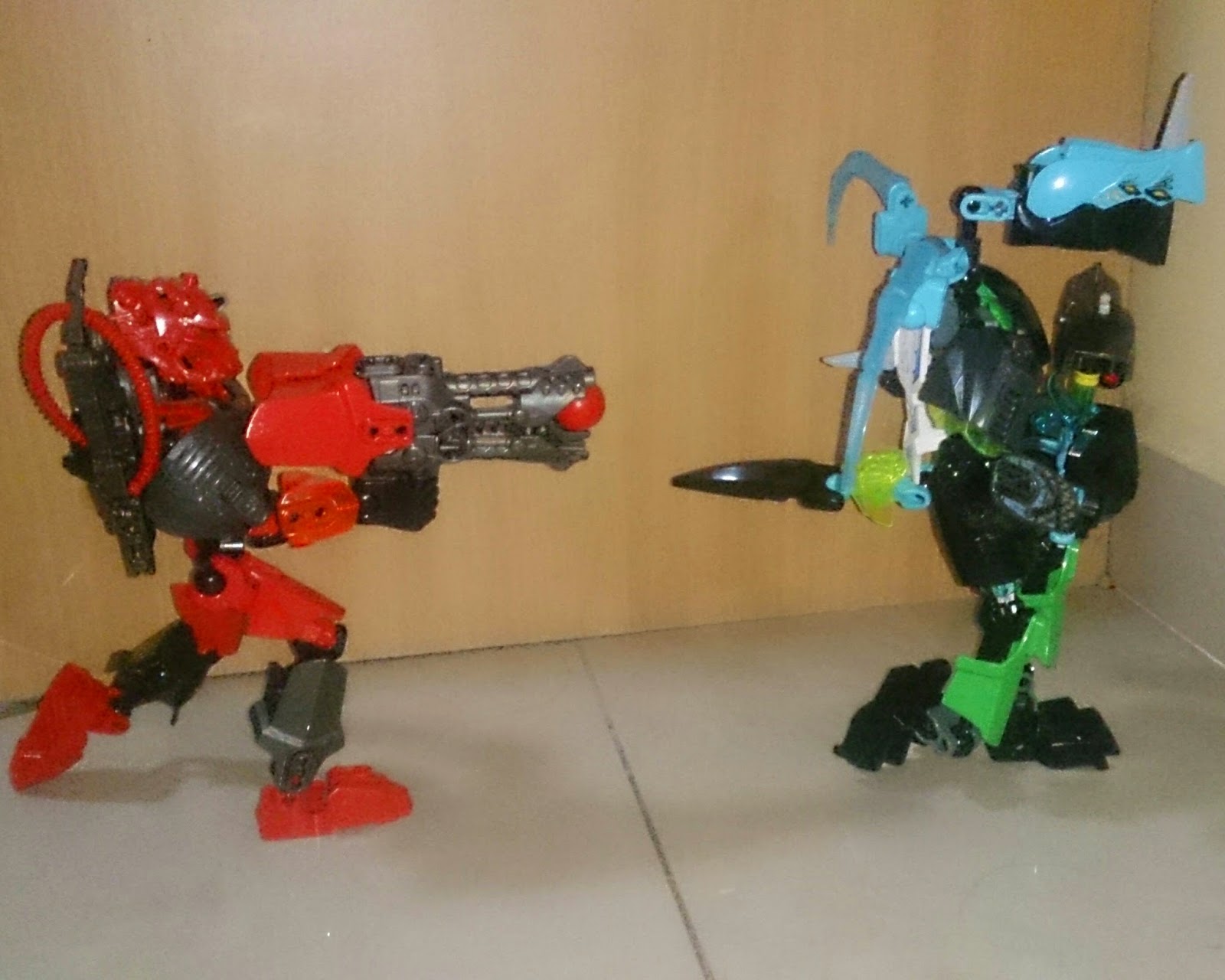 Red hero: You're not going anywhere just because it is breakout! 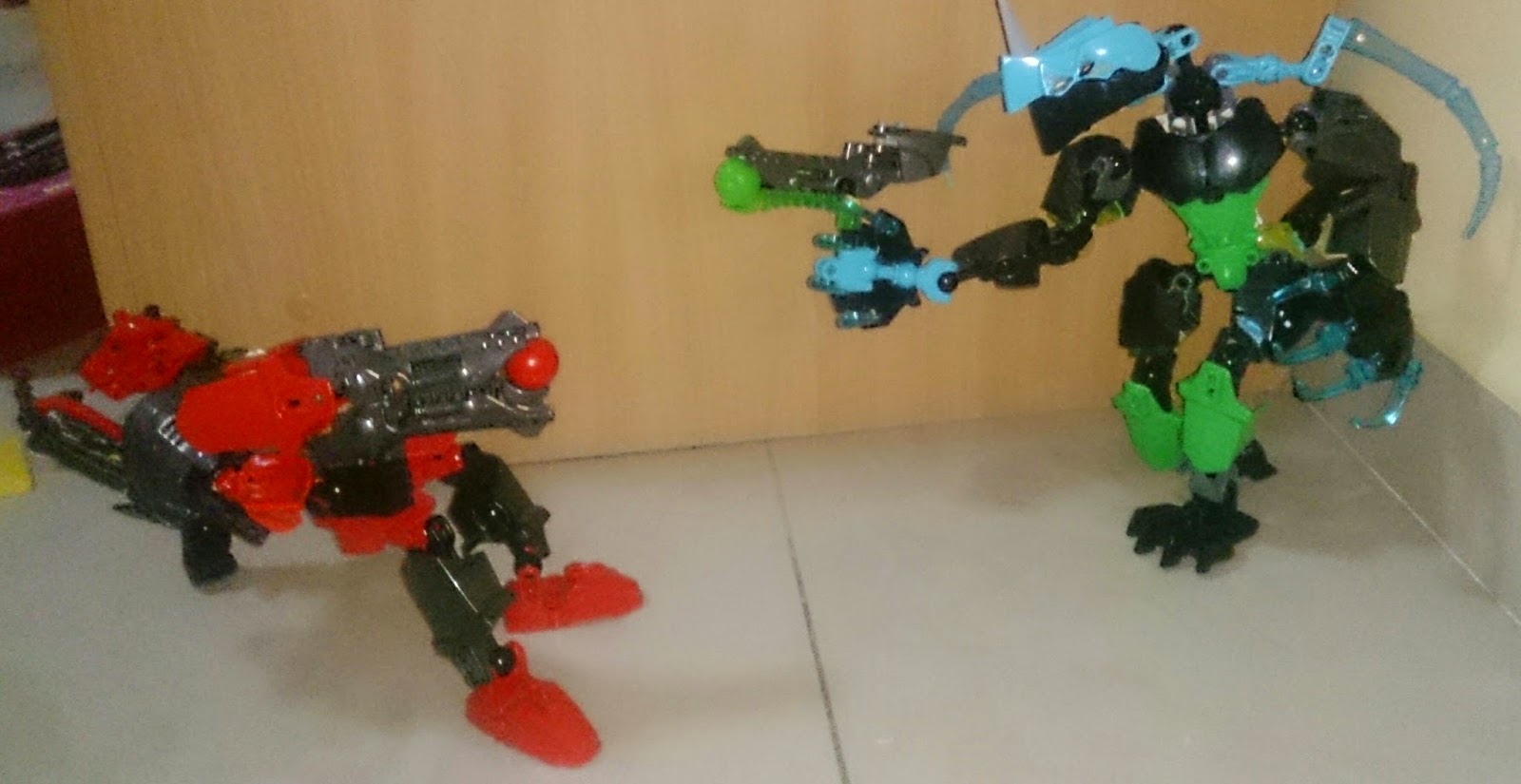 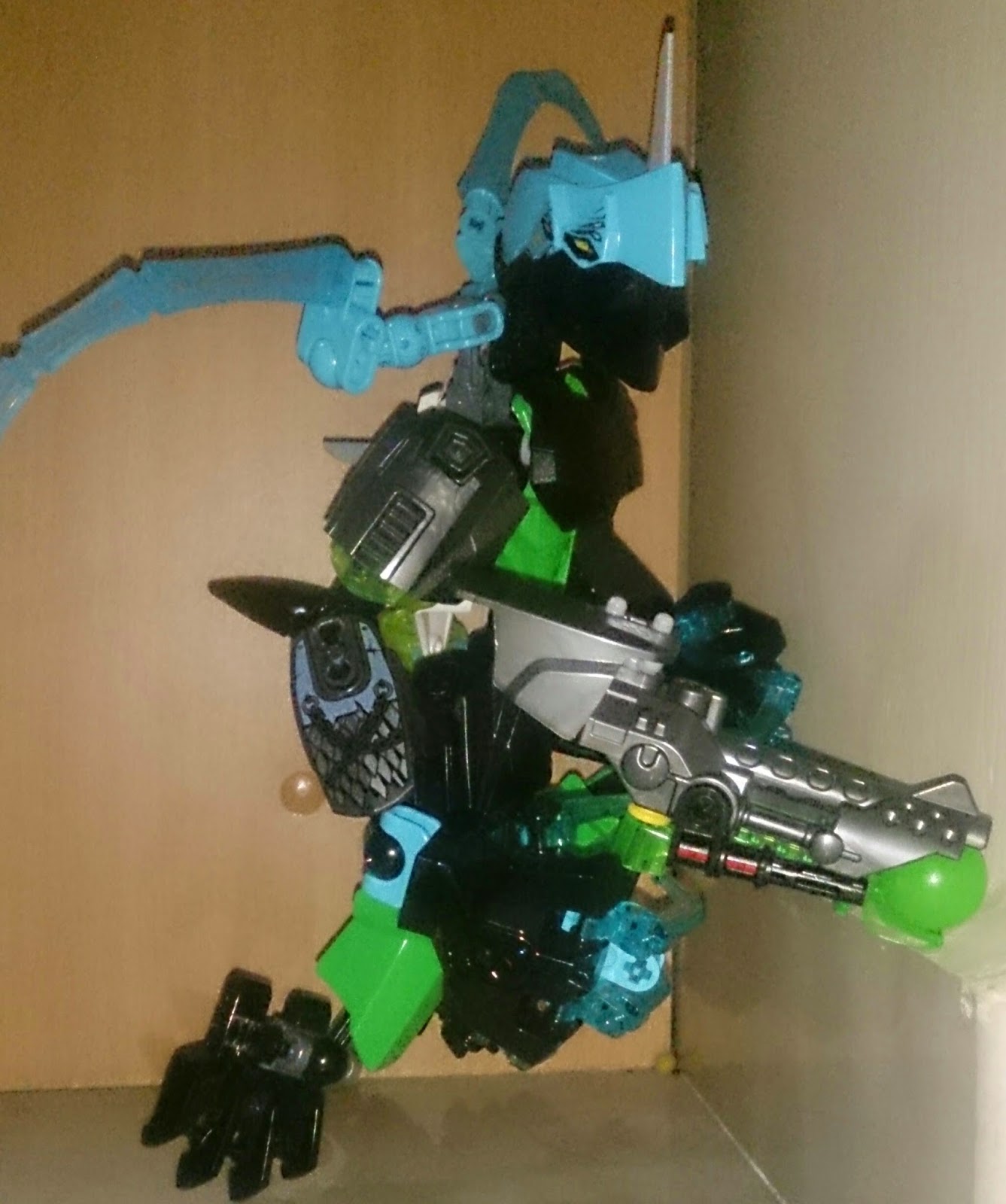 Blue and green villain: *Flees from the prison*
*A few minutes later...* 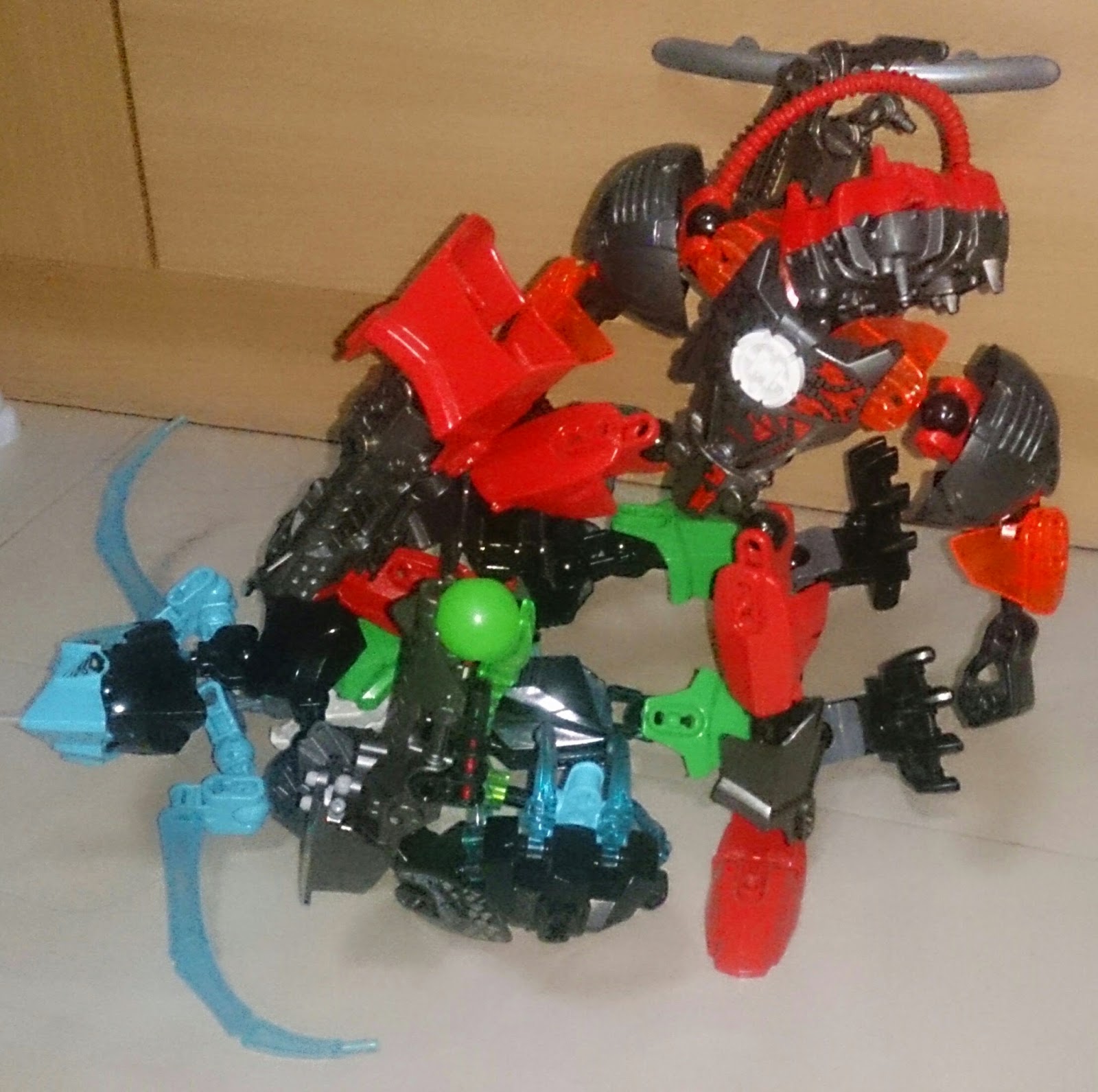 Silver female hero: Squash the brain parasites' red spikes!
(This is all I have to describe for 2013 really :P ) 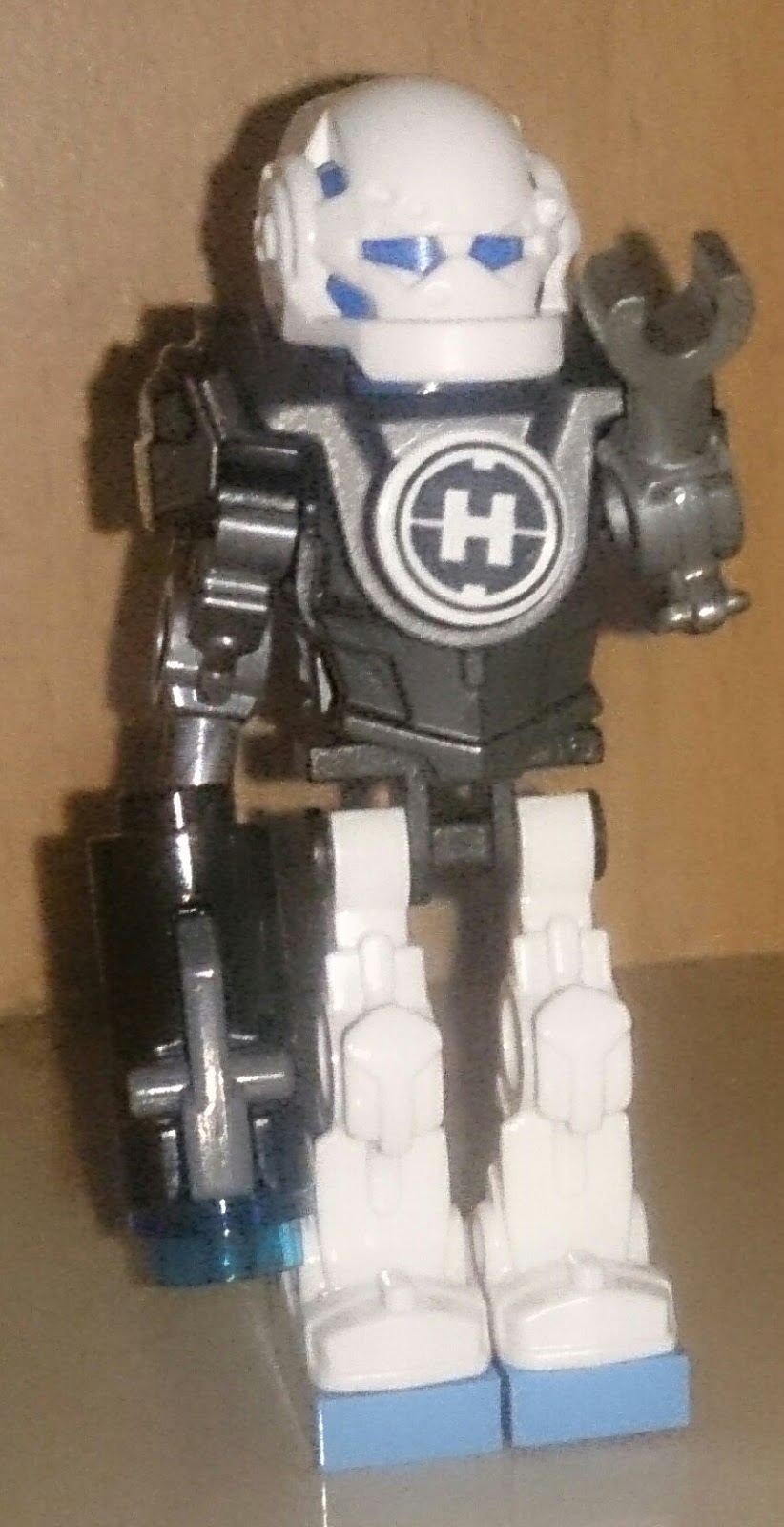 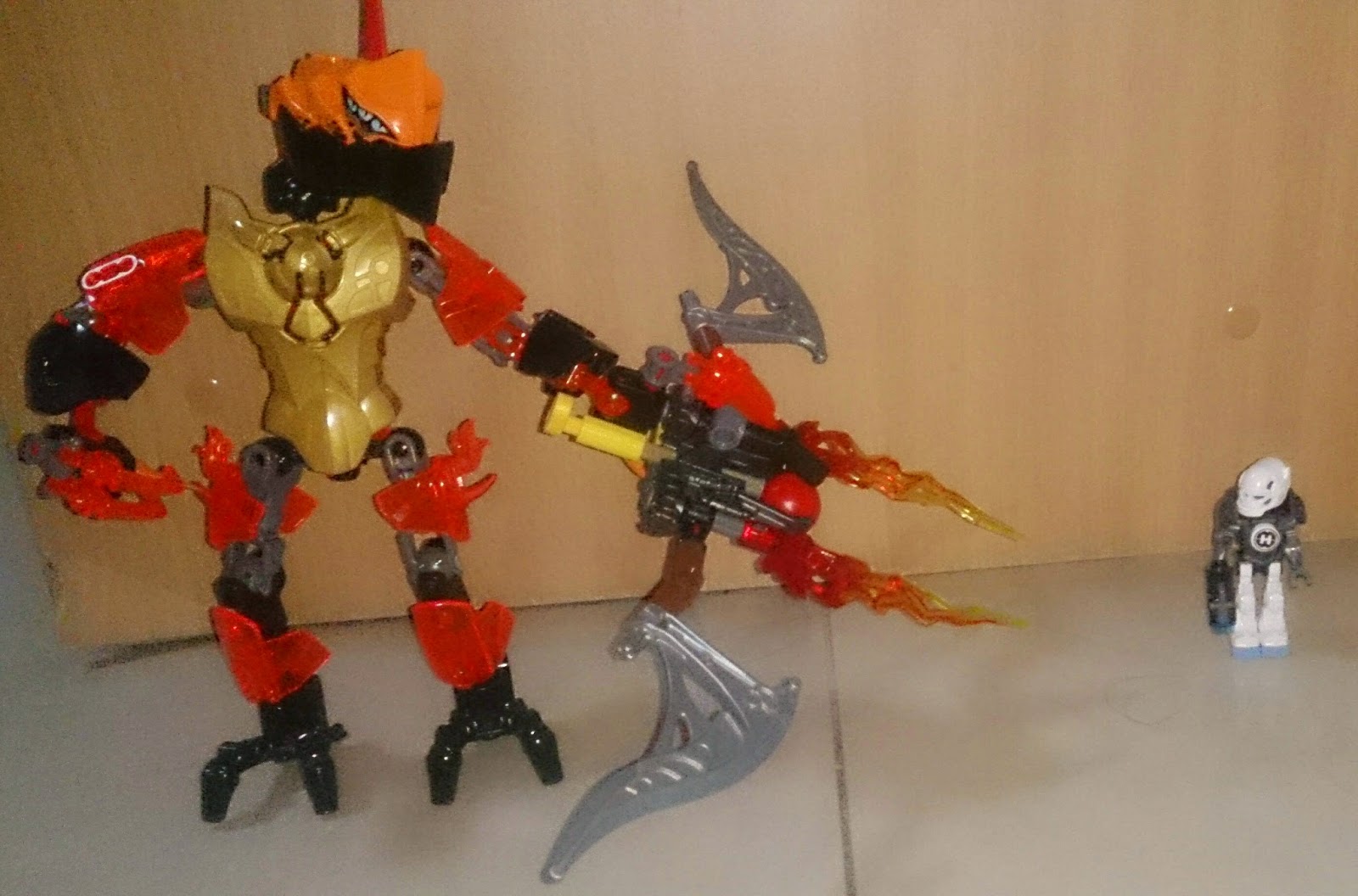 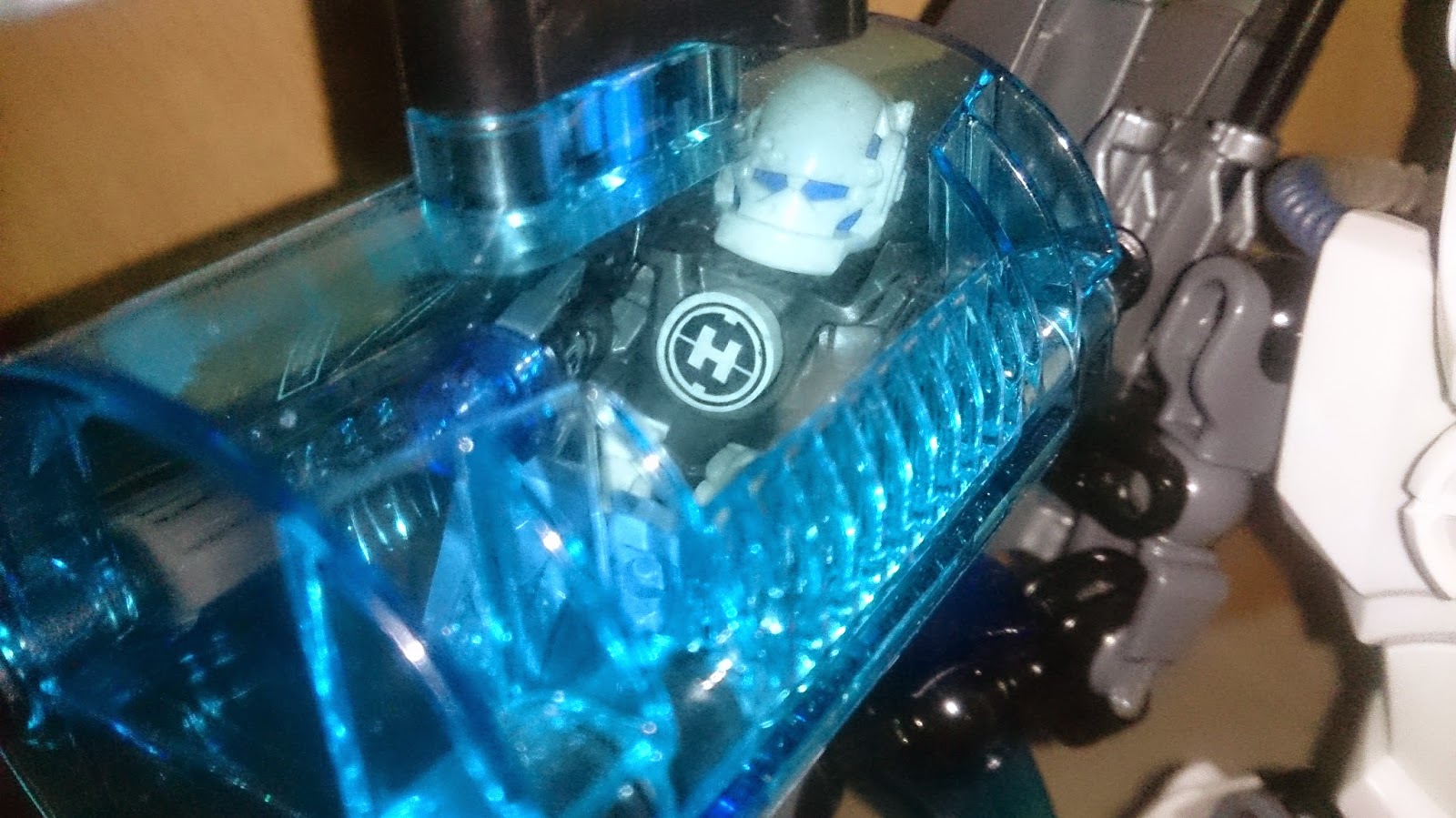 White hero: Now this is my kind of mech! An upsized version of myself! 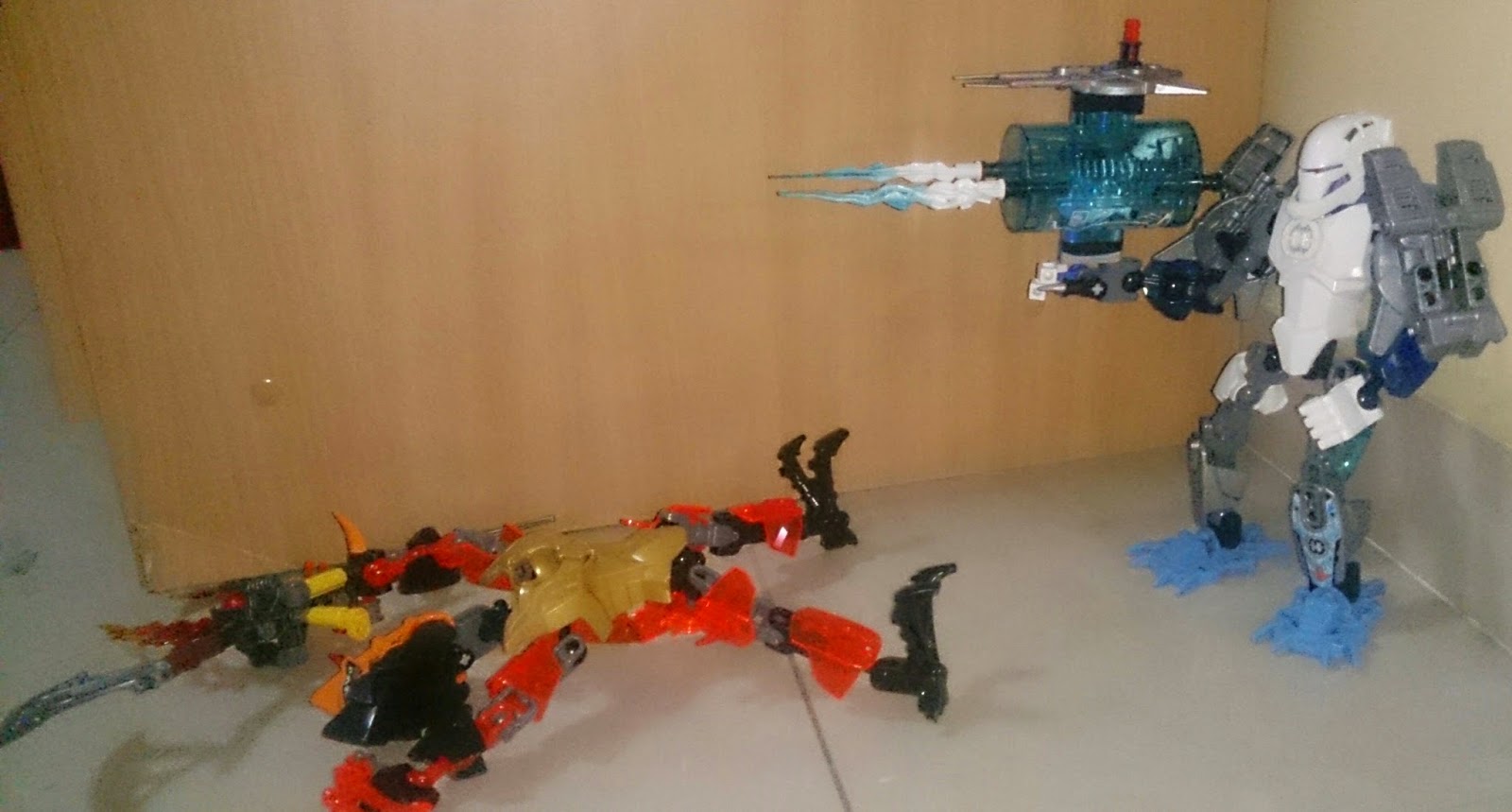 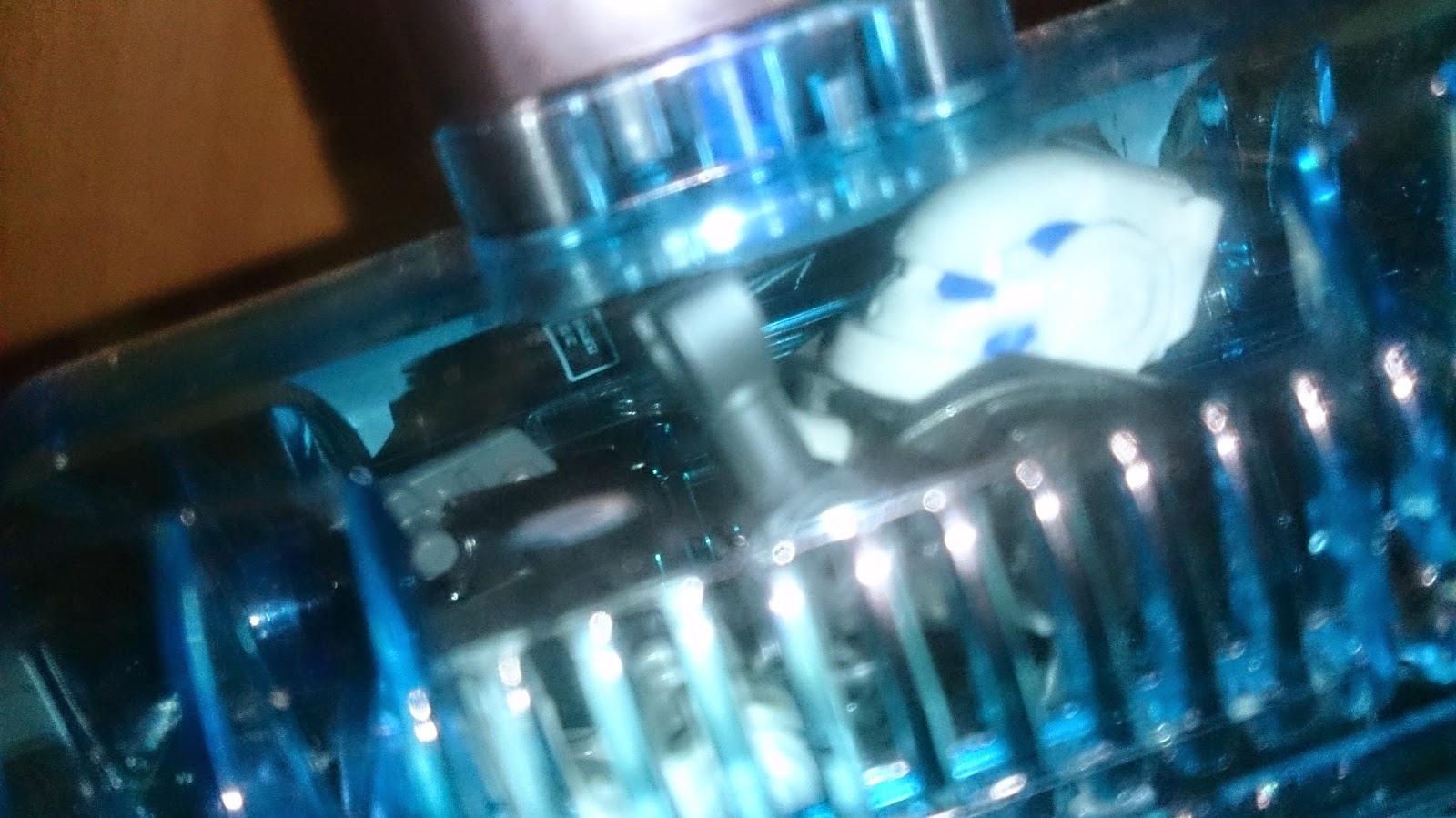 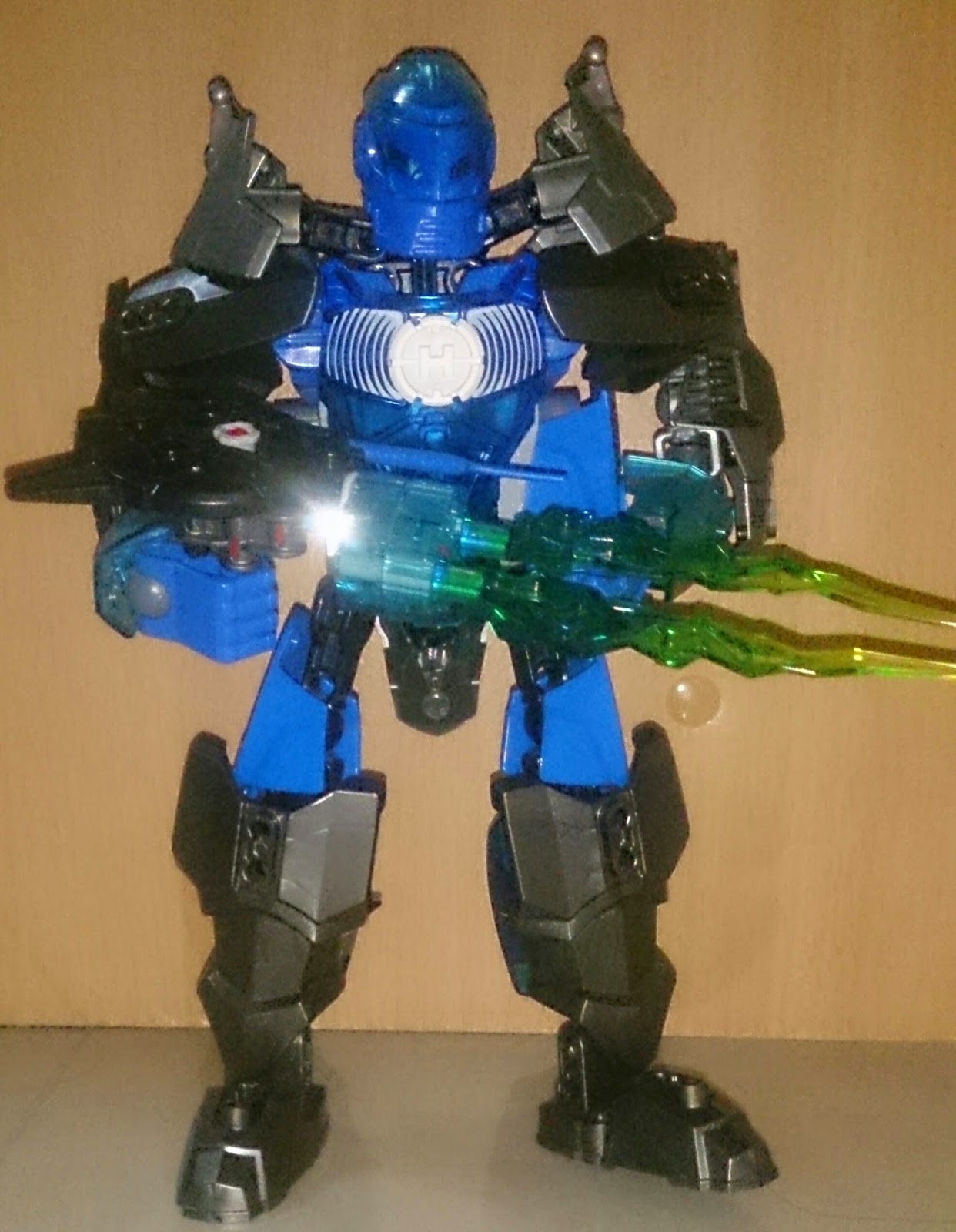 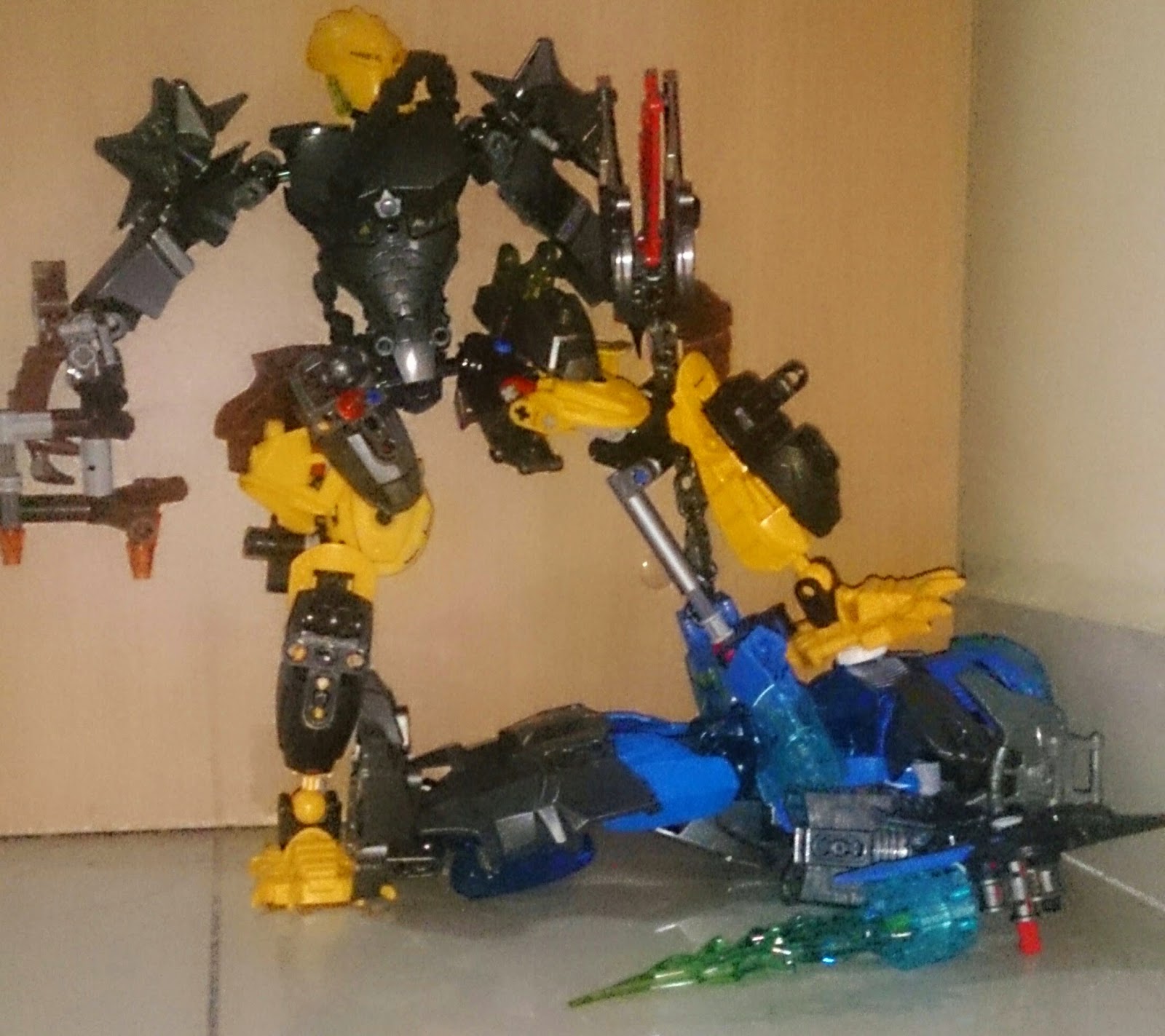 Warstone: *Appears, kicks blue hero down and presses him down with his leg* 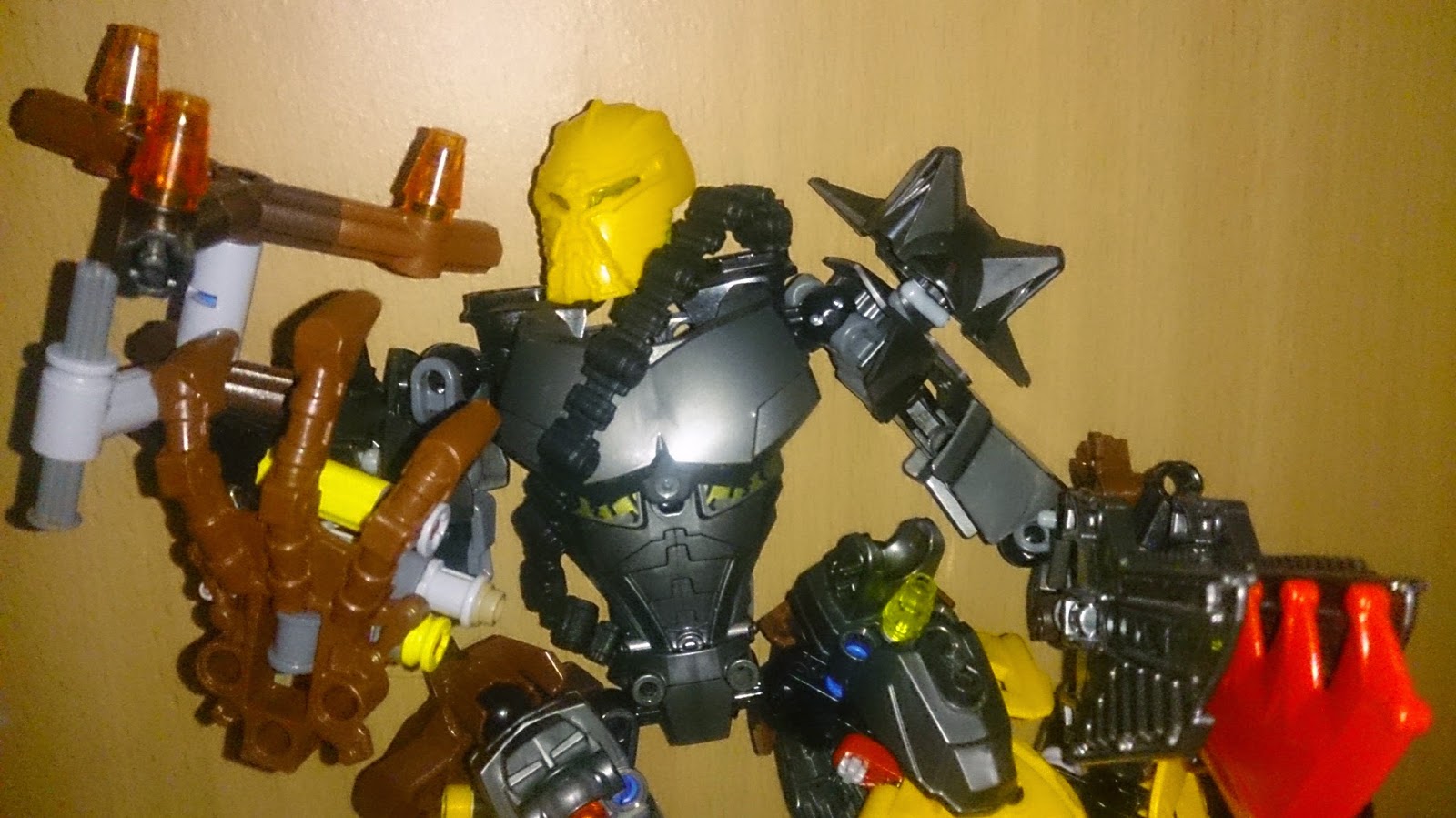 Warstone: Ha! Now it's our turn to replace you now! We, bionicles, RULE! 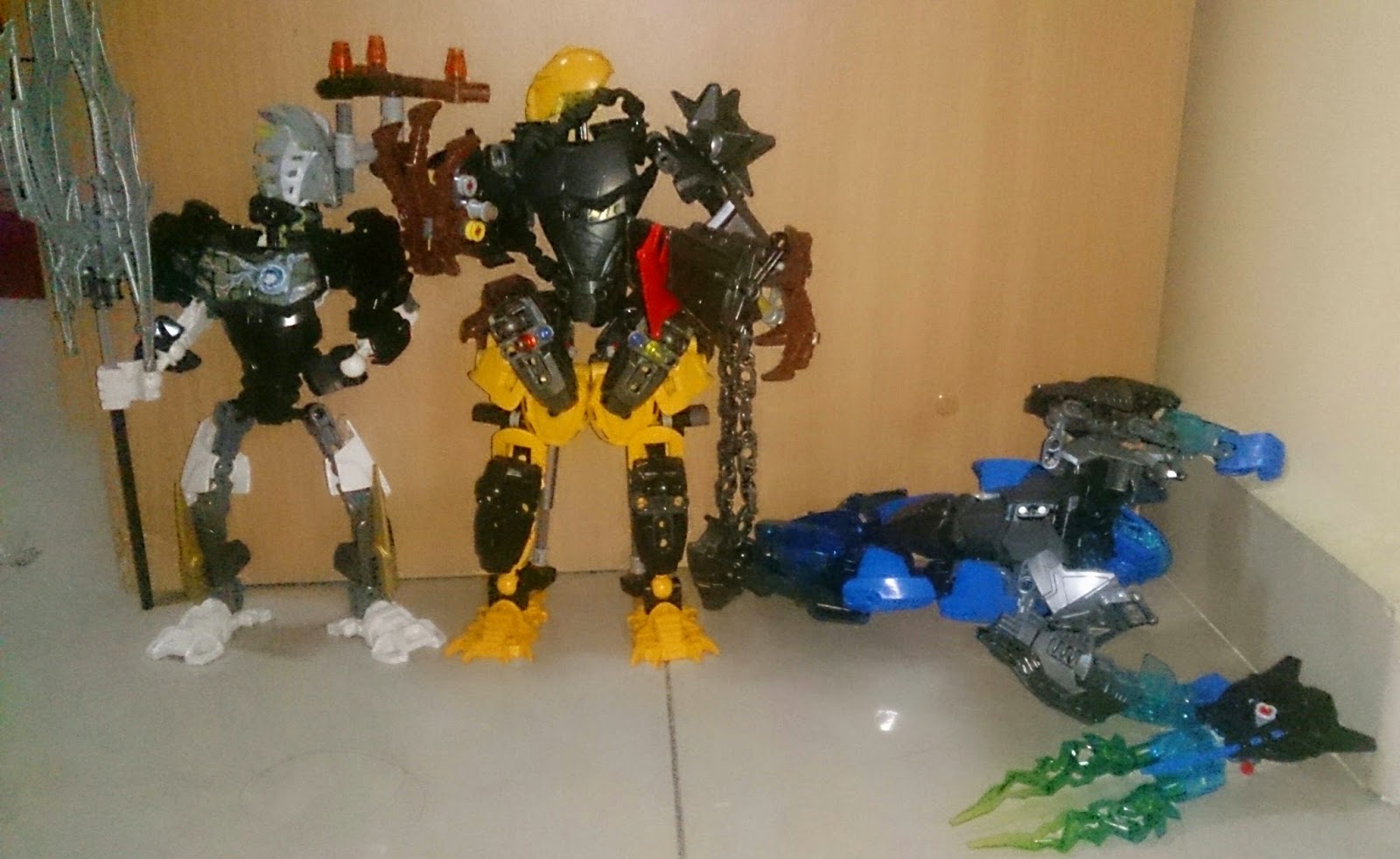 Shadotaka: Uh, dude, you do realise you are outdated in your armouring and limbs do you?
Warstone: Huh? *Accidentally releases his grip off blue hero*
Blue hero: *Secretly crawls away while they are chatting*
Shadatako: Wait, don't tell me you haven't seen the pictures yet but you know Bionicle's coming back?!
Warstone: Uh so why are you like a Hero factory guy with a bionicle mask or something like that? 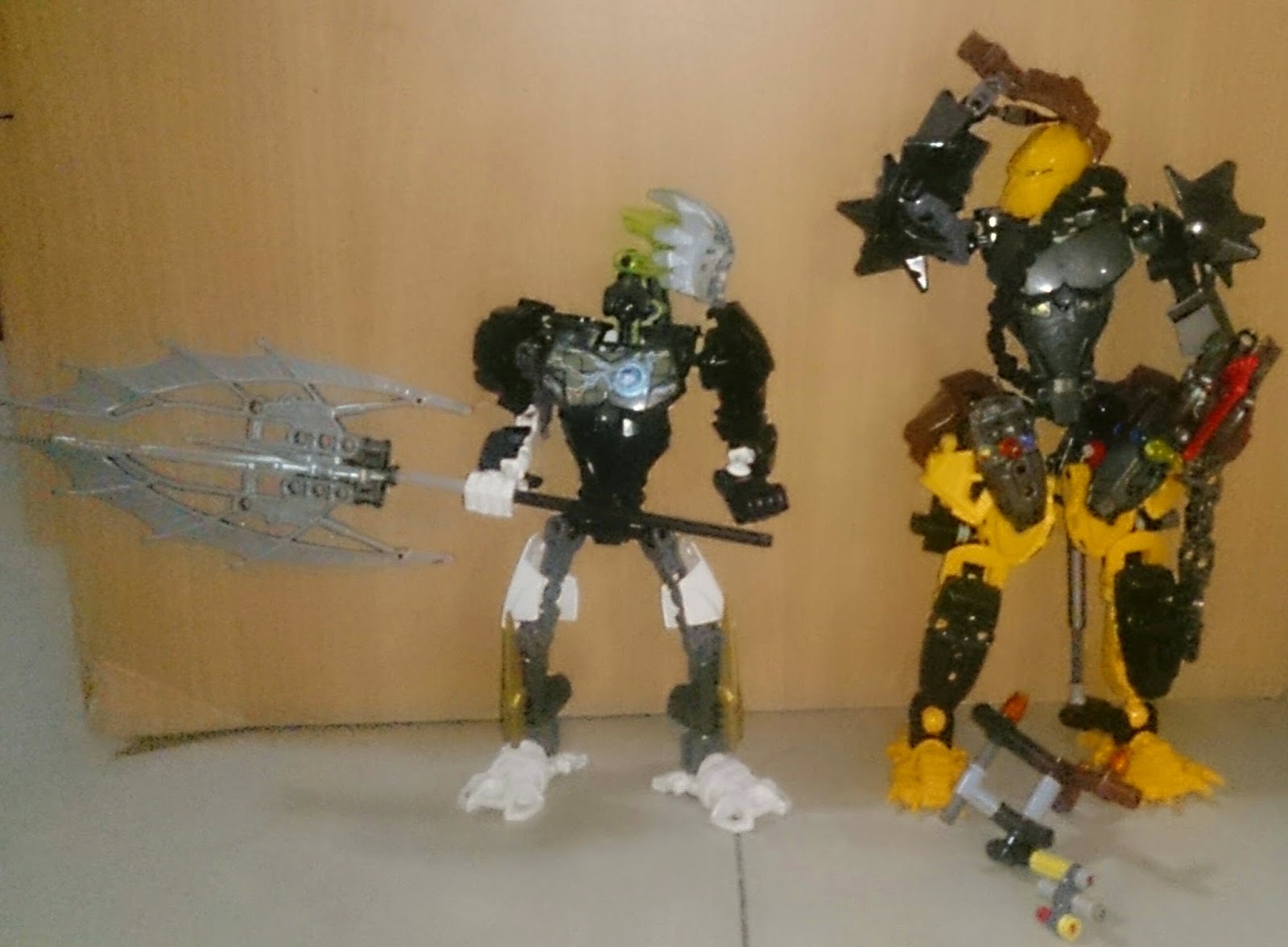 Shadatako: I was made as a Bionicle MOC meant for following the style of bionicle 2015 so that's why I'm even like this in the first place and I look different for the old bionicle guys do you understand?
Warstone: Uhhh... not exactly because I do not understand why are we using that stupid successor of ours' system.
Shadatako: It's not just used by HF anymore, it's now used by chima ultrabuilds, superhero ultrabuilds... and simply not really just Hero factory specific anymore. In fact, it is called CCBS which stands for Character Creature Building System. Oh, by the way, I feel like my limbs won't crack anytime soon using this system!
Warstone: Uh... okay? 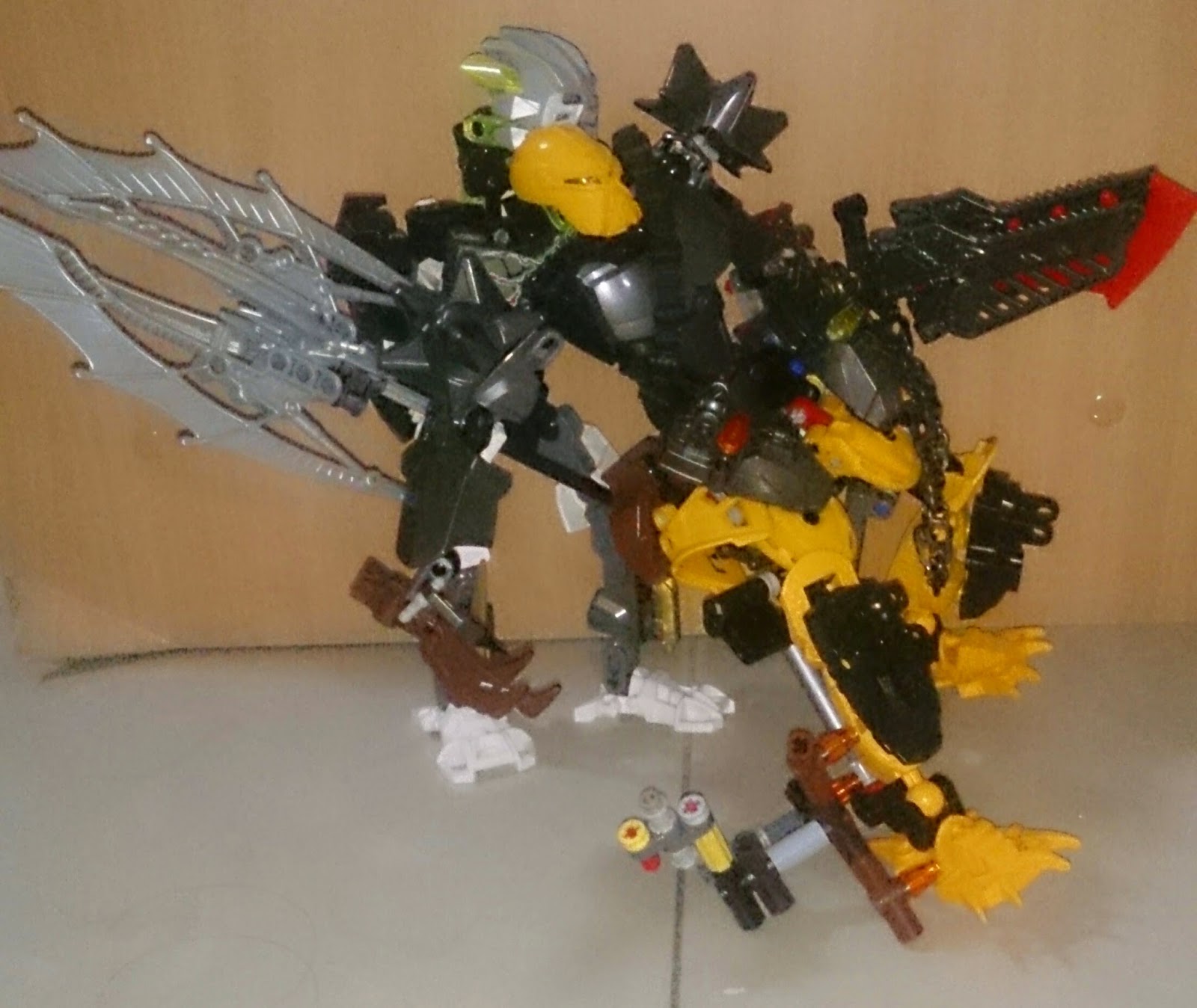 Warstone: *Turns his head around to see where is blue hero but he is gone. In shock, he almost falls down but Shadotaka catches him in time* WHAT IN THE WORLD HAPPENED TO HIM I THOUGHT I HAD HIM UNDER MY FOOT WHILE TALKING TO YOU JUST NOW!
Shadotaka: You might have accidentally released your grip on him while chatting with me just now.
Warstone: WHAT?!
That's it for now and I hope you enjoyed these comics!