Here's my Lego Hero Factory MOC, Jethro Weaponary! Here's a picture of him. 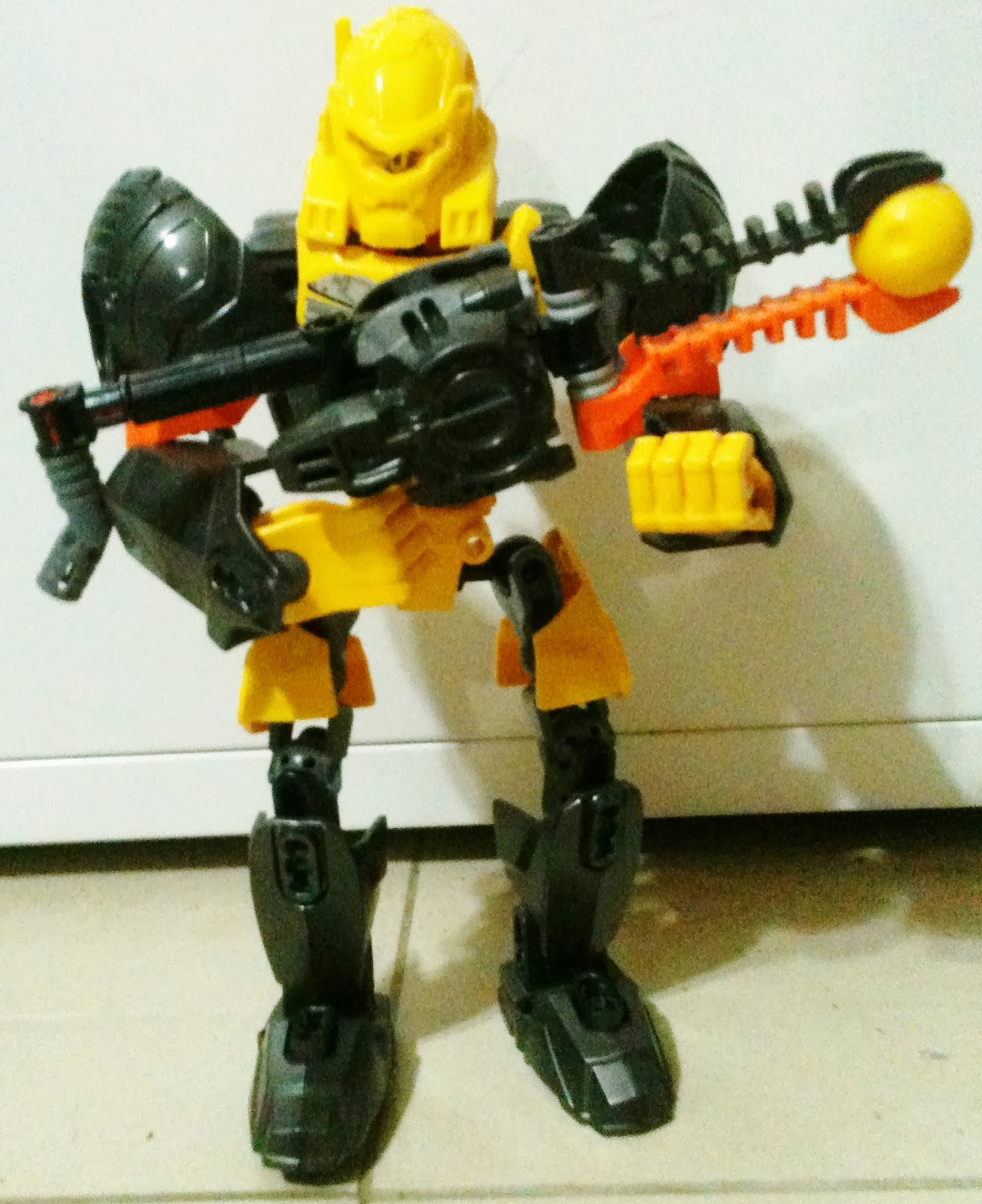 Name: Jethro Weaponary
Form: Breakout
Weapon: A huge projectile riffle
Colours: Yellow, orange and gunmetal grey/dark pearl grey
Personality: Jethro is a bit of a hot head and sometimes during missions, he rushes into things and doesn't think straight, landing himself into trouble, though when he makes weapons with patience this side of him hardly even seems like that this is him
Status: Alive, active
Team: N/A
Background: Jethro Weaponary was one of the most earliest hero created in the Hero Factory assembly tower and originally had no last name, until Hero Factory discovered he loved to make weapons that they gave him the last name of "weaponary".

When he was created, he always had that inventive personality especially on anything related to weapons, so Hero Factory decided to put him as the weapons specialist. Like some of the other inventive heroes, he found the 1.0 system a flaw, like how the 1.0 heroes couldn't have big weapons. With the armour specialist, Jarek Amour and Zack Quickfire's suggestion, they worked together with Zib, a few other engineers and Mr Makuro and developed the 2.0 system, giving it maximum armour slots, wide variety of weapons and better flexibility. As per the storyline, the system was first tested on Nex and Evo.
Later, Jethro started developing tons of custom weapons, ranging from huge swords to Jonas Stringer's guitar and to Ray Burner's The Four Fire Makers(TFFM). His weakness being on amour, he usually gets a bit outdated with it, but he could care less about that since he hardly gets shot because of how quick he can fire his gun. His most recent weapon made is Zefirino Knightshot's swordgun which is a sword and a plasma gun integrated together and Zander Ninjahero's Ninja pack(it's just a name for a set of ninja weapons for Zander), which they both worked together on it. Following up with the mechas made by Jarek, no mecha can go without weapons so he created some mecha-specific weapons for the mechas made by Jarek which was later tested by Chris Arro to see if the mecha works.
That's it for now and I hoped you like this MOC!