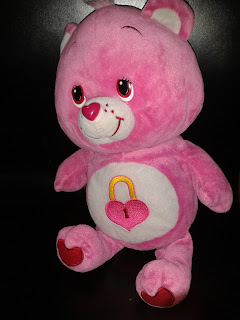 Name: Secret Bear
Hobbies: Learn some things that a lot of people don't know
Who she lives with: Like Duckie and Harmony Bear, nobody lives with her because her parents died. She also has no other sibling like Duckie and Harmony Bear.
Where she lives in: Softgo Avenue 22
What she lives in: A flat. She lives on level 6.
Is she in school?: Yes. She's in Softgo university.
Does she have a job?: As mentioned in Soft Toys Talking 17, yes, she does have a job. She's a doctor, as called by Elder sister penguin.
Gender: Female
Fears: Rejection
Skills: She's great at medicine and will always try to cure her patients. Also look up for rare information in her free time as sort of 'secrets' to tell others, hence her name, Secret Bear.
Age: 25(Like Harmony Bear since they were born in the same year and were classmates from Primary 1-4.)
Birthday: 24 December(Christmas eve!) 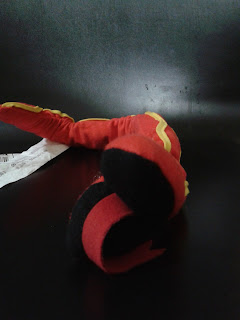 Name: Snake Low
Hobbies: Build Hero Factory Robots
Who he lives with: Parents
Where he lives: Softluck Avenue 11
What he lives in: A flat. He lives on level 3.
Is he in school?: Yes. Unfortunately for him,he has to take a school bus all the way to Softgo primary school since there aren't any schools near his area.
Does he have a job?: No, his parents work to make money for their living expenses.
Gender: Male
Fears: Rejection
Skills: Building Hero Factory MOCs and usually the brainstormer of a group(The soft toy who always thinks of ideas.).
Age: 11
Birthday: 9 May 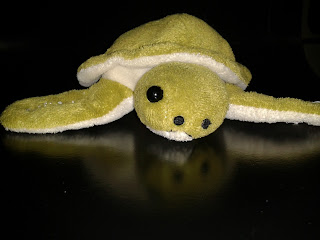 Name: Tubbie Lim
Hobbies: Chatting with friends, playing soccer and basketball.
Who he lives with: Parents.
Where he lives in: Rakoa Road
What he lives in: A flat and he lives in the same block as Harmony Bear and Smarty. He lives on level 6.
Is he in school?: Yes. He's in Softgo primary school.
Does he have a job?: No, his parents work to make money for their living expenses.
Gender: Male
Fears: Being taken advantage of.(He is the leader of his soccer and basketball team, by the way.)
Skills: A good front football player
Age: 12
Birthday:  7 October Name: Pineapple Lee
Hobbies: Playing Fruit ninja app and playing with his friends
Who he lives with: Parents
Where he lives in: Softcutie Avenue 12
What he lives in: A condo.
Is he in school?: Yes. He is also in Softgo Primary school because in his neighbourhood, there isn't any Primary schools around.
Does he have a job?: No, his parents work to make money for their living expenses.
Gender: Male
Fears: Rejection
Skills: Super good at playing certain types of games
Age: 10
Birthday: 17 May
That's it for now and look forward to the next soft toys talking as it will have Pineapple in it!
Written by Lynn
Posted by Anne Lim at 10:30 AM